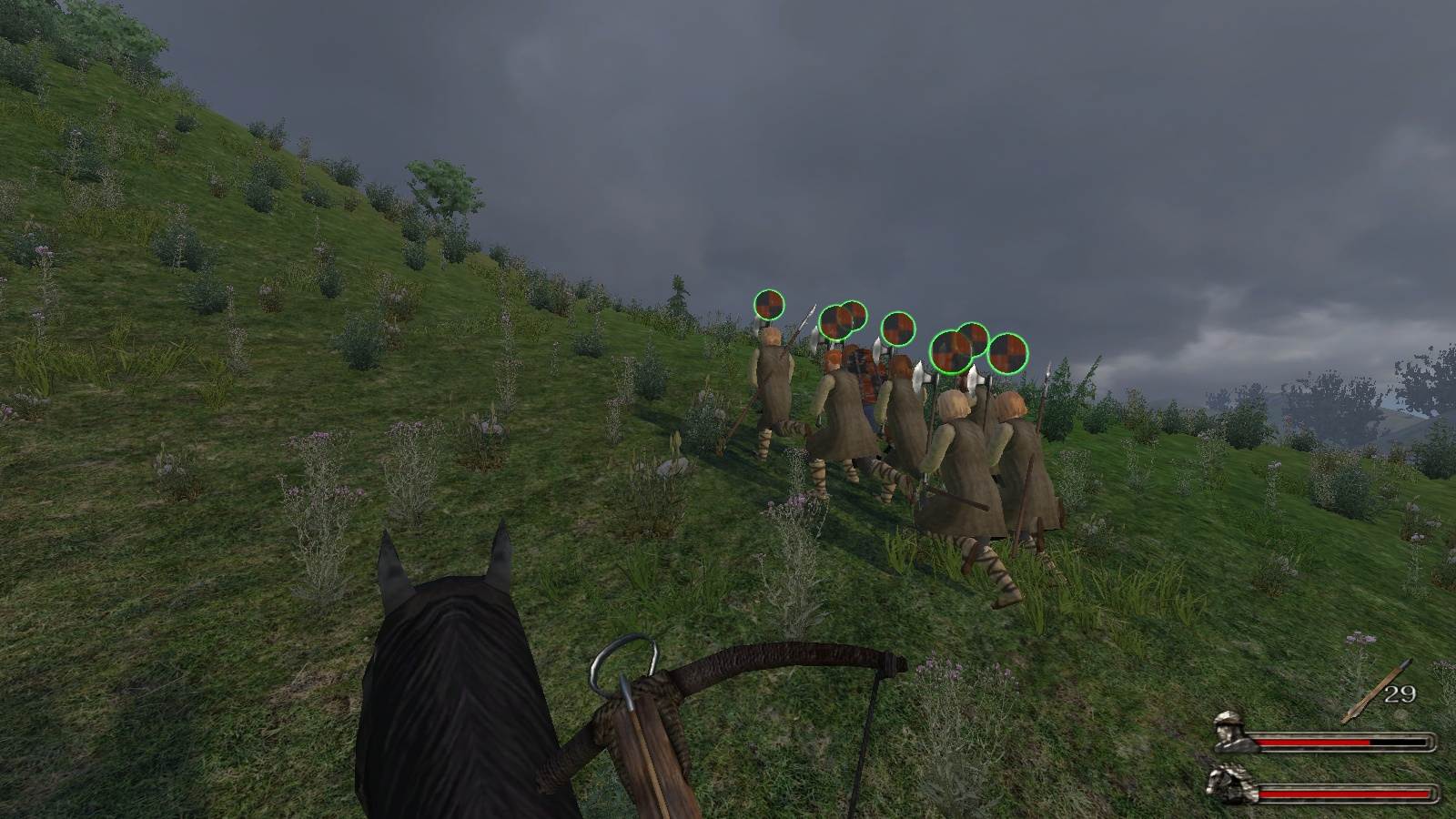 Warband is a fairly unique game which puts you on a horse as you ride around a fictional continent, Calradia. It's not dissimilar to a horse based version of Sid Meier's Pirates!, but somehow turns out to be much more replayable. The experience is very raw; the graphics are very dated for the most part, the user interface often bad, and the gameplay sometimes tedious (especially before you understand the game and know where the shortcuts are). In a more modern/polished game a lot of these things would have been streamlined out (sometimes to the detriment of the overall game). Therefore it is a testament to how enjoyable the rest of the gameplay is that you soon overlook all these annoyances. 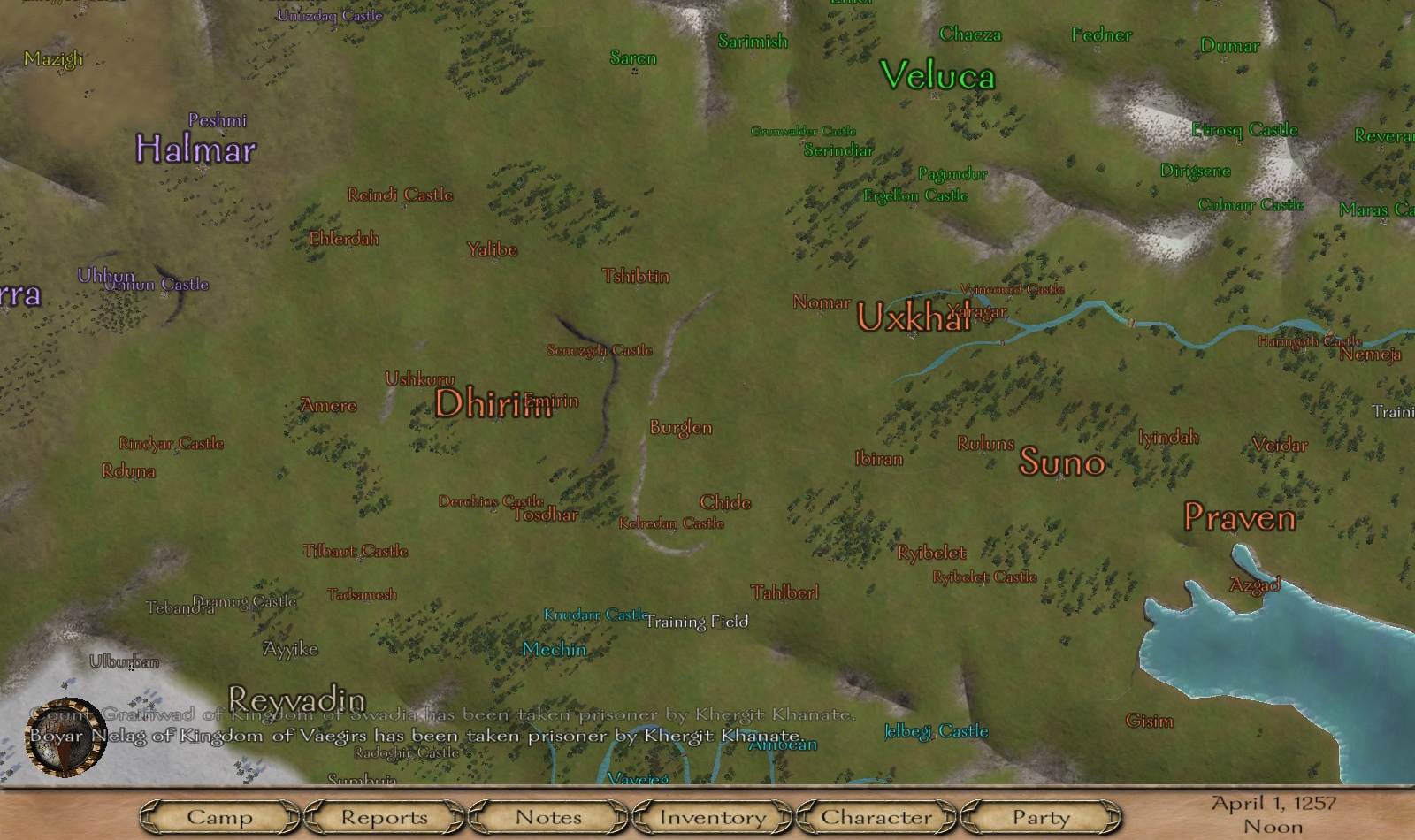 Warband is a sandbox game and there is no real point or game specified goals. Some people will find this lack of guidance off putting, and it is a bit overwhelming as a beginner. Certainly, there are times when the random number gods are not on your side and there isn't a lot to do. What you will probably end up doing is riding around the country-side building up an army, performing favours for local lords, and competing in tournaments. Armies need to be fed and paid so you'll need to make sure you're using your men to generate money, which usually involves capturing enemy troops and ransoming them.

The combat gameplay is both brilliant and unique. Mounted combat is hard and rewarding; you need to time your sword swings, and you'll need to take into account your own velocity when trying to use bows and crossbows. Your character stats will determine which sort of load-outs you are most effective with, and there are a lot of possibilities. The weapons themselves have splendid detail - e.g. a double handed great sword might look fearsome but you can be left vulnerable without a shield and it might be slow to swing. Alternatively, a fast short sword is not much use on horseback because it's not long enough to reach infantry. 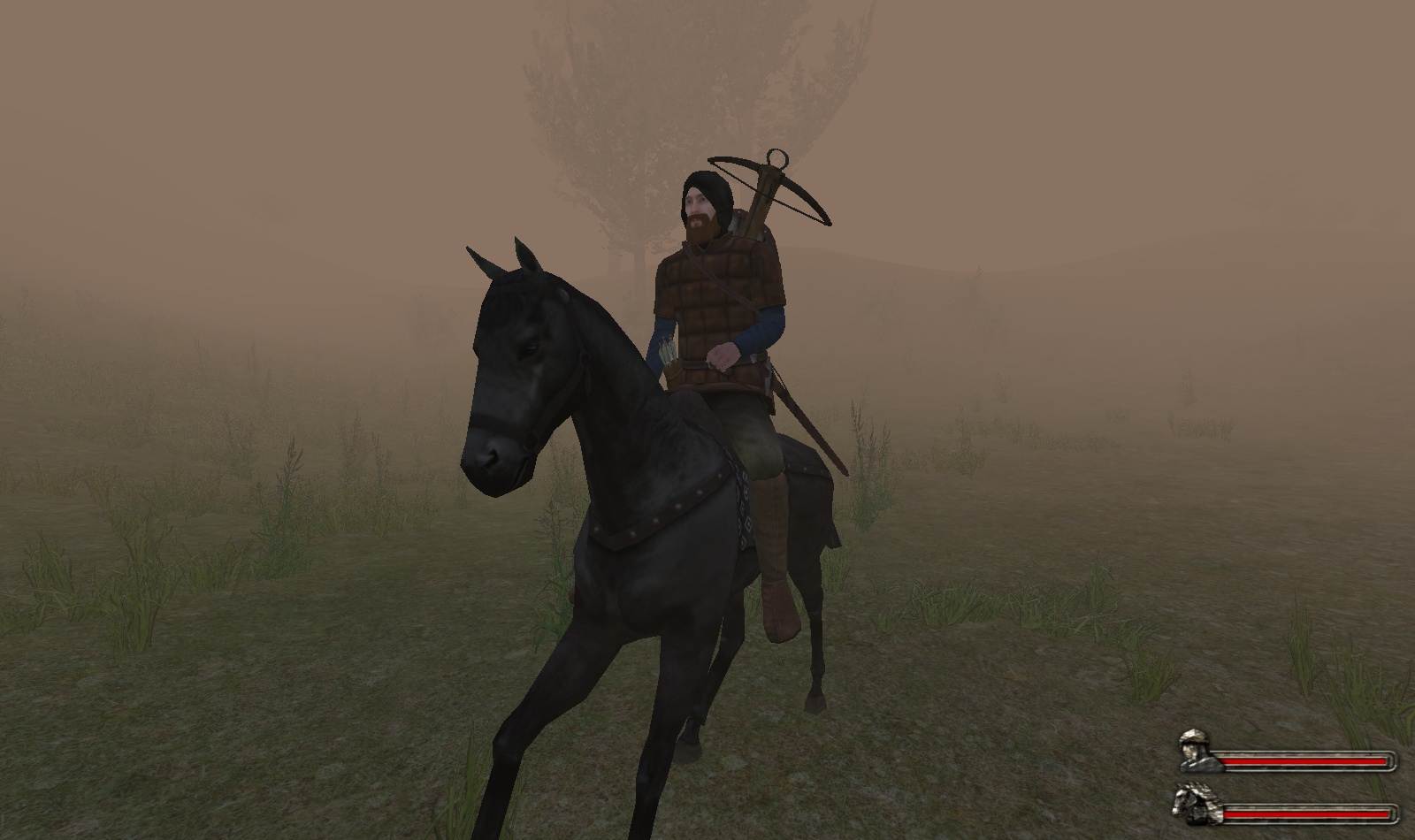 As the game progresses and you've built up a reasonable army you'll find yourself allying yourself with one of the factions of Calradia and taking part in bigger battles and sieges. Your army and tactics will be affected by which territory you spend most of your time in, e.g. a Nord army will be mainly heavy infantry, leading to slow crushing attacks, whereas a Khergit army will be comprised of horse archers, who charge around the plains and riddle foes full of arrows, but tend to be a bit useless in a castle siege. 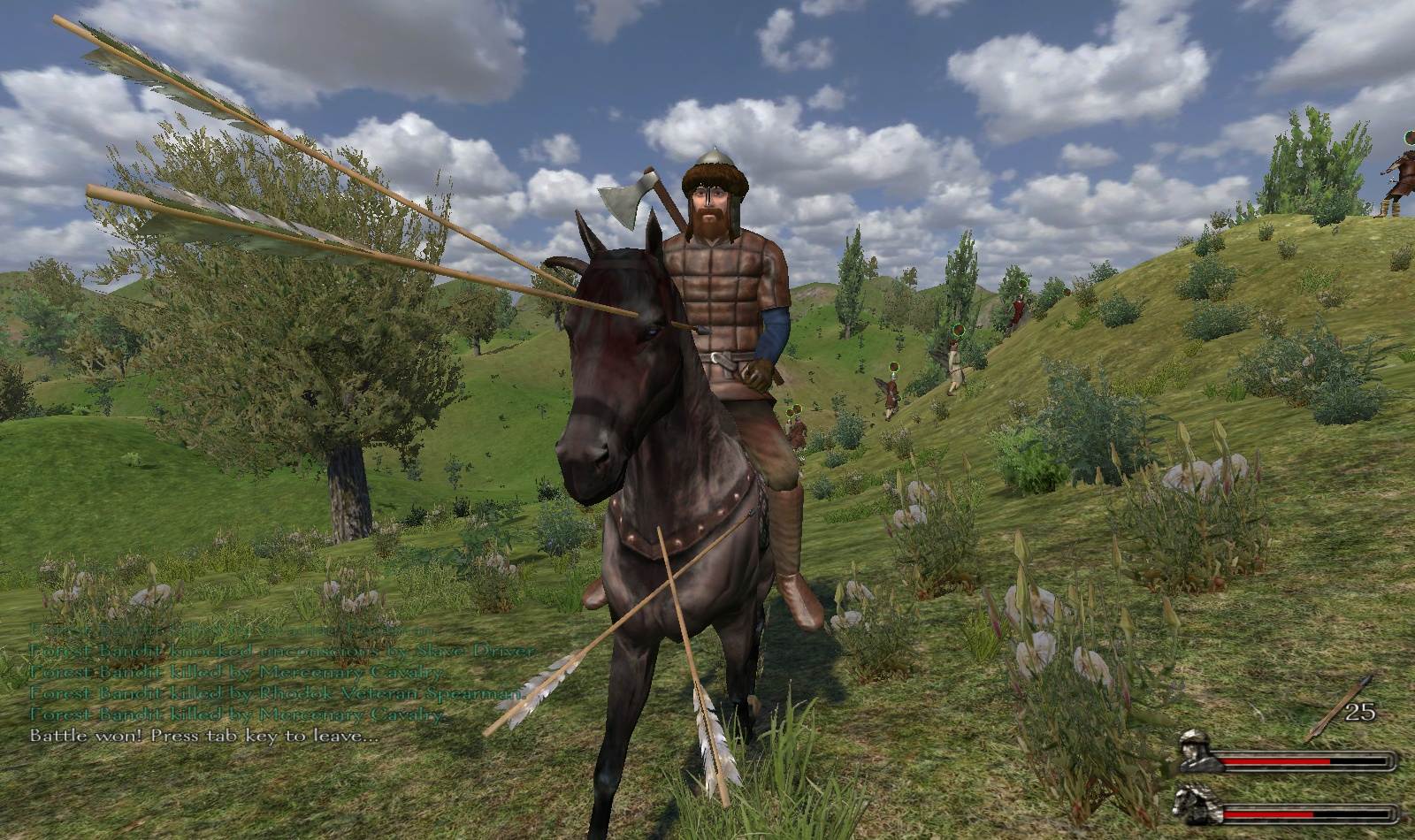 Eventually, by impressing enough of your allies, you'll be granted towns and castles of your own which you can use to supplement your income, but in reality the AI tends to make a beeline straight for your assets and unless you are very vigilant (which isn't possible if your assets are spread out), your towns will be frequently looted (which is a bit annoying).
There is an in-game economy which you can take advantage of. Goods prices follow supply and demand, and if you're desperate for cash you can always start shipping merchandise across the land. 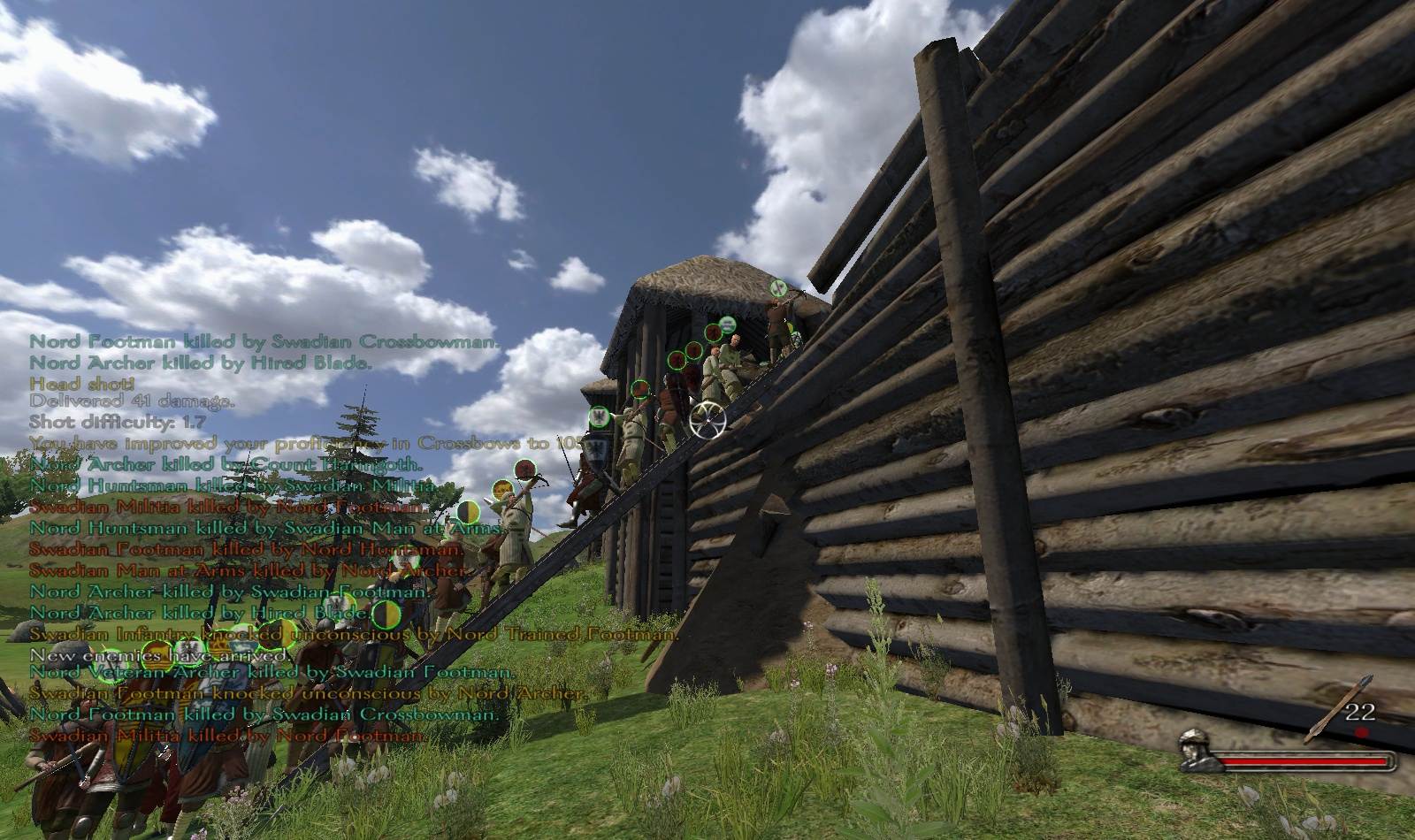 This all sounds very broad, and it is, but it's not always as deep as it could be. This is to be excused, because the work required to implement all of Warband's features convincingly would be huge. Nevertheless, it would be nice if the political side of things seemed a bit less algorithmic and if each lord had a bit more personal character.

One of Warband's greatest strengths is its moddability. This has led to some excellent third party mods being released by the community. The quality is inconsistent, but then so is Warband's. After fully acquainting yourself with the base game it's worth moving on to the Floris mod pack, which liberally sprinkles improvements and additions over the whole game and adds a new 'career path' enlisting in a lord's army.

Due to various things, the game is reasonably hostile to beginners. I fully recommend familiarising yourself with this helpful guide as you play. If you push through the initial confusion you'll find a game that draws you in just as much as the likes Civilization (I didn't previously realise that "one more turn" also applied to real time games).

Overall Warband is extremely enjoyable, and even though it's a bit raw, it's far more rewarding than most games and with the caveats outlined previously, I thoroughly recommend it.