A long time ago I used to play an ancient browser game called Travian. Travian was released in around 2004 and still exists to this day, so you can go and check it out if you want, but I'd really recommend you don't because it's just not a good experience. I imagine it's dated and feels clunky now, but really my issue is that it's just not fun.

It's a persistent world where players grow and build villages by farming resources and ransacking each other. I didn't play it for long, because within a few weeks I realised that I was running my life around it. It's always there, even when you're not, so unless you're OK with losing days or weeks of progress because someone attacked you when you were offline and unprepared, you have to run your whole life around it. Was it fun? No, it really wasn't. It was addictive. Big difference.

So when the Play Store's adverts thrust The Godfather: Family Dynasty in my face, I had mixed feelings. I had some free time, I quite liked the Godfather, it said it was free... but as I got a bit further into it (you don't unlock the 'world' to begin with) - wait, doesn't this look a lot like Travian?

After playing The Godfather: Family Dynasty for a few weeks and becoming interested enough to look at other games in the Play Store, it seems that Travian was the prototype of what I'd called predatory mobile games.

The Godfather: Family Dynasty is pay to win. Well, at least, it's pay to beat other players. The core gameplay loop of TG:FD is that you gather resources (which may involve attacking other players, or being attacked), then use those resources to upgrade buildings and train troops. Every level of upgrade takes longer than before. Before long you're looking at upgrades that take several days to complete. The pay-to-win aspect comes in by allowing you to buy speed-up items.

Calling it to pay to win is slightly misleading though. You pay to speed up tasks by a constant amount. But those tasks take an ever increasing amount of time to complete. The mathematics of this doesn't make it seem appealing.

The only person winning here is the person taking the player's money. In fact, on the server I played on, there was another player complaining that he'd put thousands of pounds into another server only for it to die off as players became bored and the server emptied. He considered it wasted money as it didn't transfer to the new server. That's quite an extraordinary inflationary feedback loop: As you pay more to become stronger than other players, other players will become disheartened and leave, leaving you with no one to play with, making your money wasted.

Ignoring the monetisation aspect, the other problem with these games is that they demand your attention on their own schedule. You can't think "I have a spare half hour, I'll boot up the game" because you there might be nothing in the game for you to do. Conversely, when something is happening in the game, you need to react to it in real time, so you may have to give your attention when it's not convenient for you. Feeling that you have to always be aware of it makes the game addictive, even though it's actually quite boring because there's often nothing to do.

The Godfather branding is a very superficial layer. Occasionally the likeness of one of the characters appears on your screen, but that's about the only connection to the Godfather it has. The game itself is mostly focused on building a lot of troops and throwing them at other people, which has no obvious connection to The Godfather at all. The Godfather is a film about family and business with crime sprinkled in liberally. This is a game about building armies. The game is developed by a Chinese developer and if you told me that nobody developing the game had ever heard of the film before being involved with the game, I'd believe you. The English is also quite dubious.

But then it seems par the course - Pirates of the Caribbean has a very similar looking app... actually, hang on, that UI looks very familiar. And what's this, Game Of War also looks remarkably familiar... 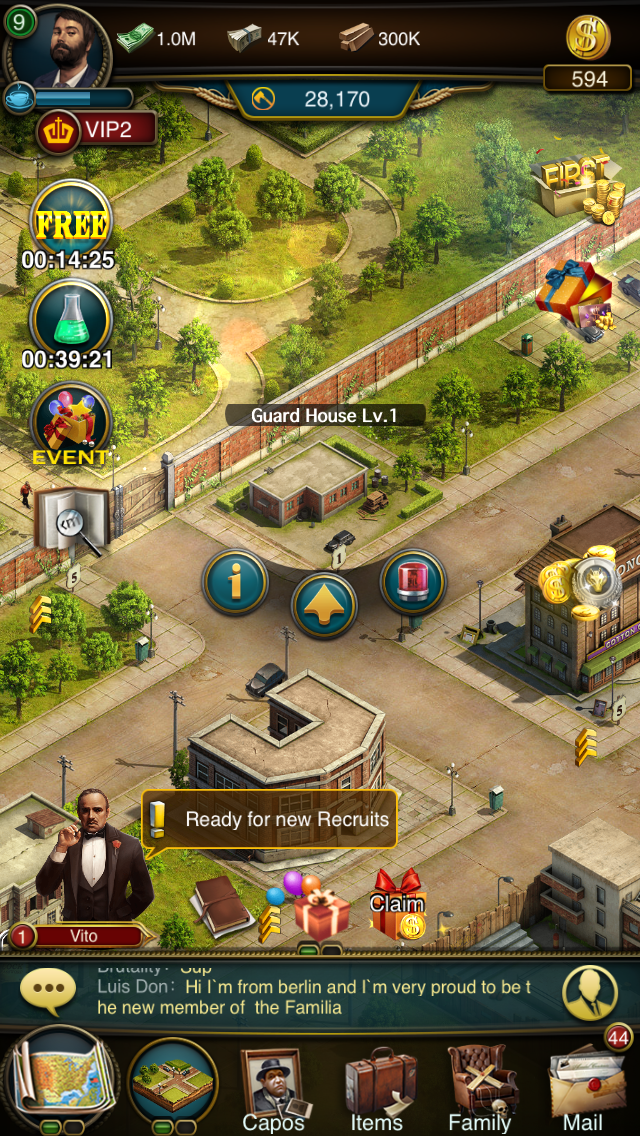 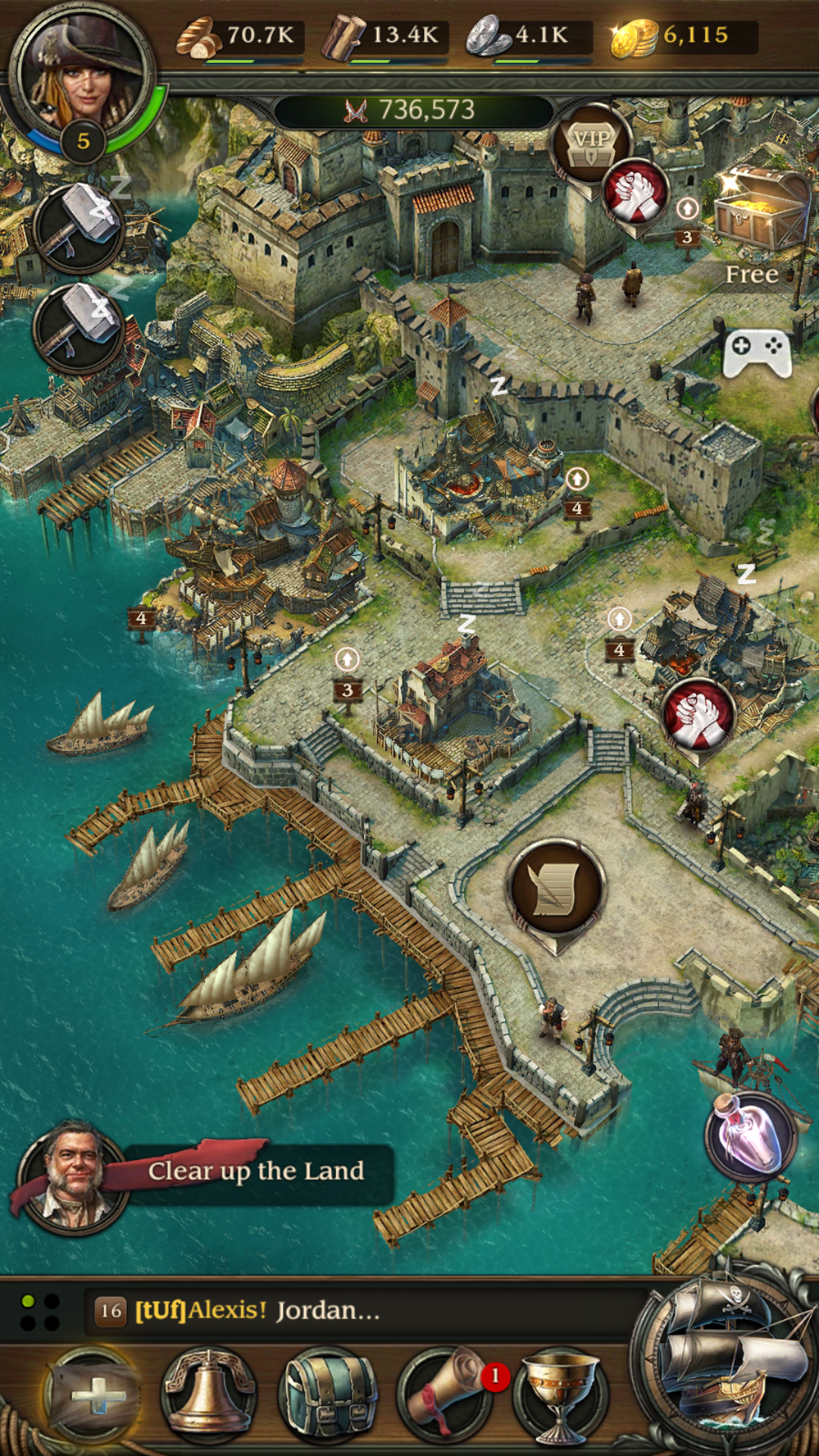 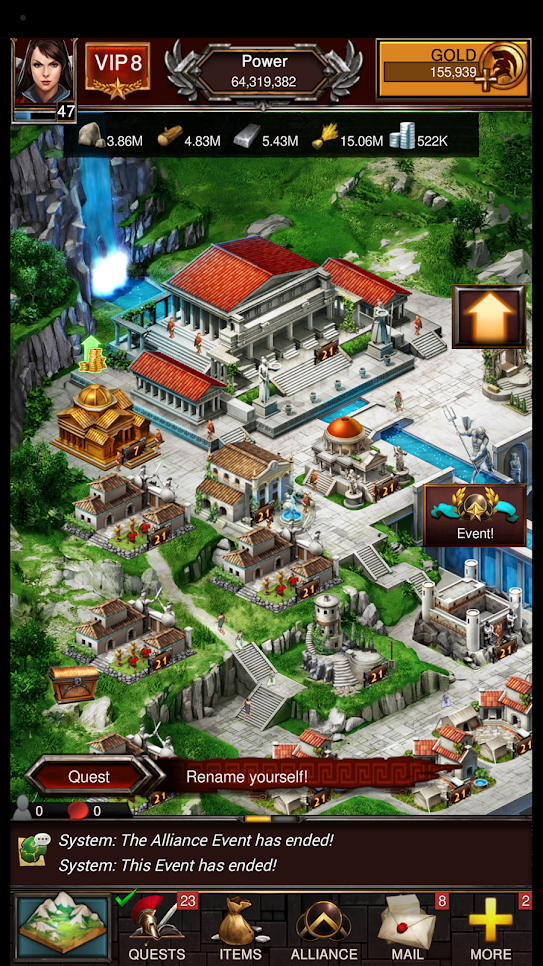 Overall I think this is just the cheap world of mobile games. There are a huge number of games that are all basically the same, but adapted in relatively minor ways to fit different franchises or art styles. The Godfather: Family Dynasty is just one among many of a set of clones of basically the same game. The only way it stands out is by attaching itself to a hugely successful movie franchise, but then fails in-game to connect to what made the movies interesting.