The overnight temperature getting worrying close to freezing, even though it's only the beginning of November, prompted me to take action. 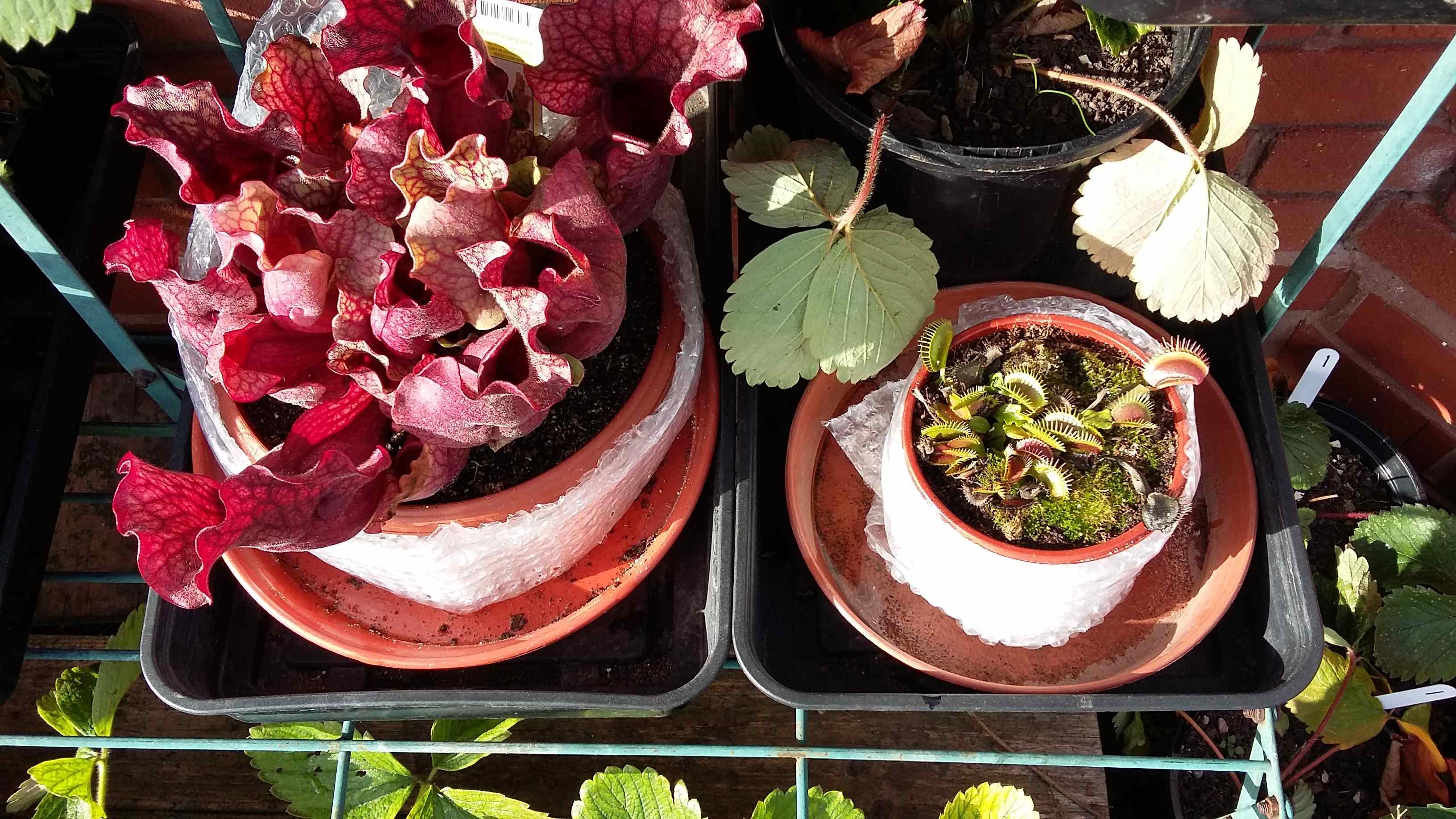 Several layers of bubble wrap will hopefully give the soil an extra degree or two.

So far there's no reason to think they're faring any differently to the plants in the unheated conservatory, which is usually a few degrees warmer, but occasionally shoots up to 30°C for short periods if the sun comes out. Both sets of plants have very noticeably slowed their growth and might halt it entirely soon. Traps on the Venus Fly Traps are dying faster than new ones are growing.

Note the unfortunate wasp that wandered head first into the venus fly trap.