I received some unpleasant and rather silly messages on LinkedIn. 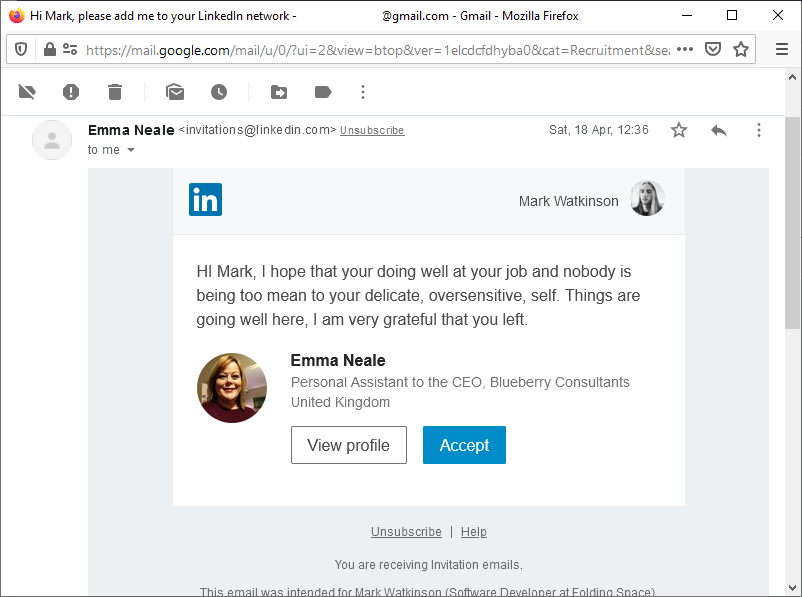 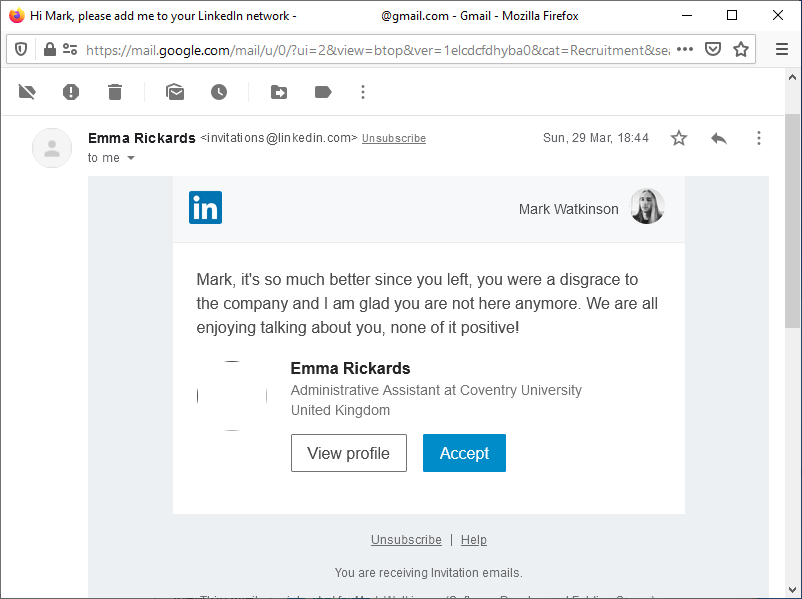 Emma Neale (or Emma Rickards as she was previously known) is an ex-colleague from Blueberry Consultants.

She is also the reason why I left, after seven years of being quite happy there. I made several complaints regarding bullying and ended up moving to another part of the office to try to get away from her. Unfortunately, the HR manager had a social relationship with her and the complaints were not taken seriously, thus I left.

I don't have much to say about these messages as they do not really warrant a response, except that I've now deleted my LinkedIn account.