I have something called a Morton's Neuroma, which is an enlarged/irritated nerve between my third and fourth metatarsals. It's gradually improving but it's a frustratingly slow process which involved me taking almost 3 months off running.

I usually wear Asics Nimbus, which is a heavy shoe with a 10mm heel. I've had the odd foray into other shoes but I come back to the Nimbus because it fits well in the width, which is 100% important with a neuroma. Most running shoes are very narrow and that's not tolerable for me.

Recently, prompted by the neuroma, I have been making a push to adapt my running form to a more natural style. High cadence (~180 steps per minute), with a mid-foot strike and my feet mostly under my centre of gravity - the latter two driven by the cadence. I'm not convinced the reduced impact force matters to me much, but the fact my centre of gravity always stays over my feet probably does, because it means there's less chance for my supporting foot/leg to do something wrong or become unstable.

Altra caught my eye because they have taken the unprecedented step of designing shoes to be roughly the same shape as human feet. Apparently this is a novel concept in the running footwear industry. Their shoes are fairly wide, the toeboxes are square-ish in contrast to most shoes which are designed for people whose feet have a line of symmetry through their third toe. They are also zero drop, i.e. there is no heel.

So, I bought a pair of the Instinct 3.5s from Northern Runner, whom I'm not getting any commission from but I'm going to advertise anyway because not many places in the UK stock Altra shoes and choice is important. 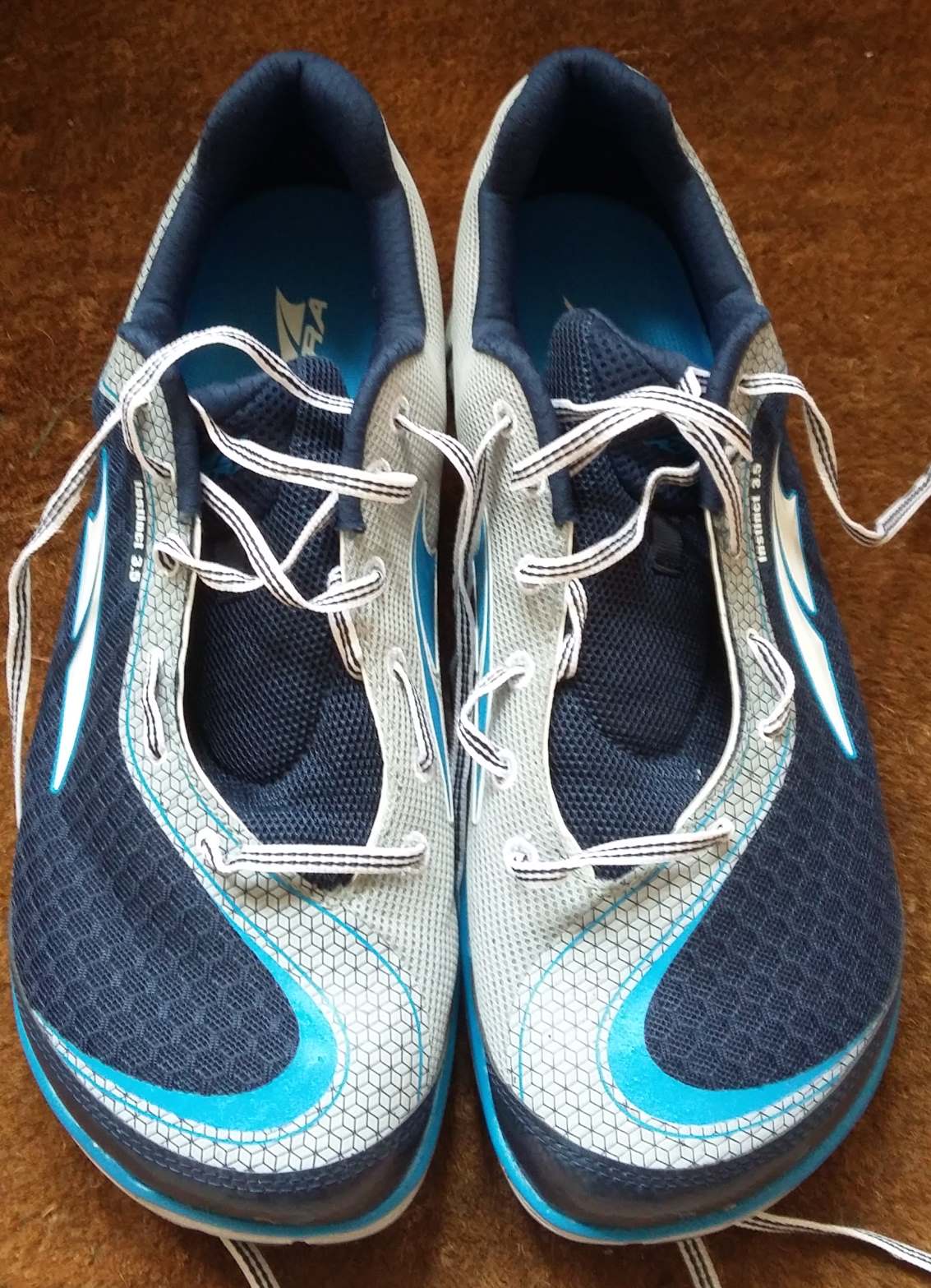 So, how do they actually feel?

So far I've only taken them for a single short test run but I'm very pleased. I was worried the zero-drop would completely wreck me after a few hundred metres but I ended up going double the distance I initially intended to and they felt great. With a high cadence the mid-foot strike is both obvious and completely natural. With my Nimbuses I always suspected that I was unintentionally excessively plantar-flexing my foot while running high-cadence to accommodate the heel, although I was never really sure. With the Altras I have no doubts; the strike is natural, and quieter.

It does not feel good to heel-strike in these shoes. My form is still such that when I am slowing down in uncertainty, for example approaching a road or a sharp corner, I'll revert to a lower cadence heel strike. It's pretty obvious when this happens in the Altras because it suddenly feels a lot less natural, which is in contrast to the Nimbuses where the huge wad of cushioning under the heel doesn't really alert you.

The next morning my calves were fine; I think that running high cadence in the Nimbuses already prepared me.

I will update this post in a few weeks with any further thoughts, but my initial impressions are overwhelmingly positive.

Update 31st July: I've had a few weeks running exclusively in my Altras now and my thoughts are still much the same. I like them a lot. I suspect when I next run in some more traditional shoes they'll feel quite weird.