Nothing I read online tells me what's really necessary to make a Venus Fly Trap or a Sarracenia go dormant over winter, so I am not really sure if keeping them in an unheated conservatory is OK. My main concern is the heat can build up very quickly when the sun comes out, but this will be a pretty rare occurrence over winter.

So I'm doing it the only way I can: I have a Venus Fly Trap and Sarracenia Purpurea inside, and one of each outside too. I'm interested to see which set goes dormant first, how much if any growth they experience over the winter, and when they come out of dormancy. 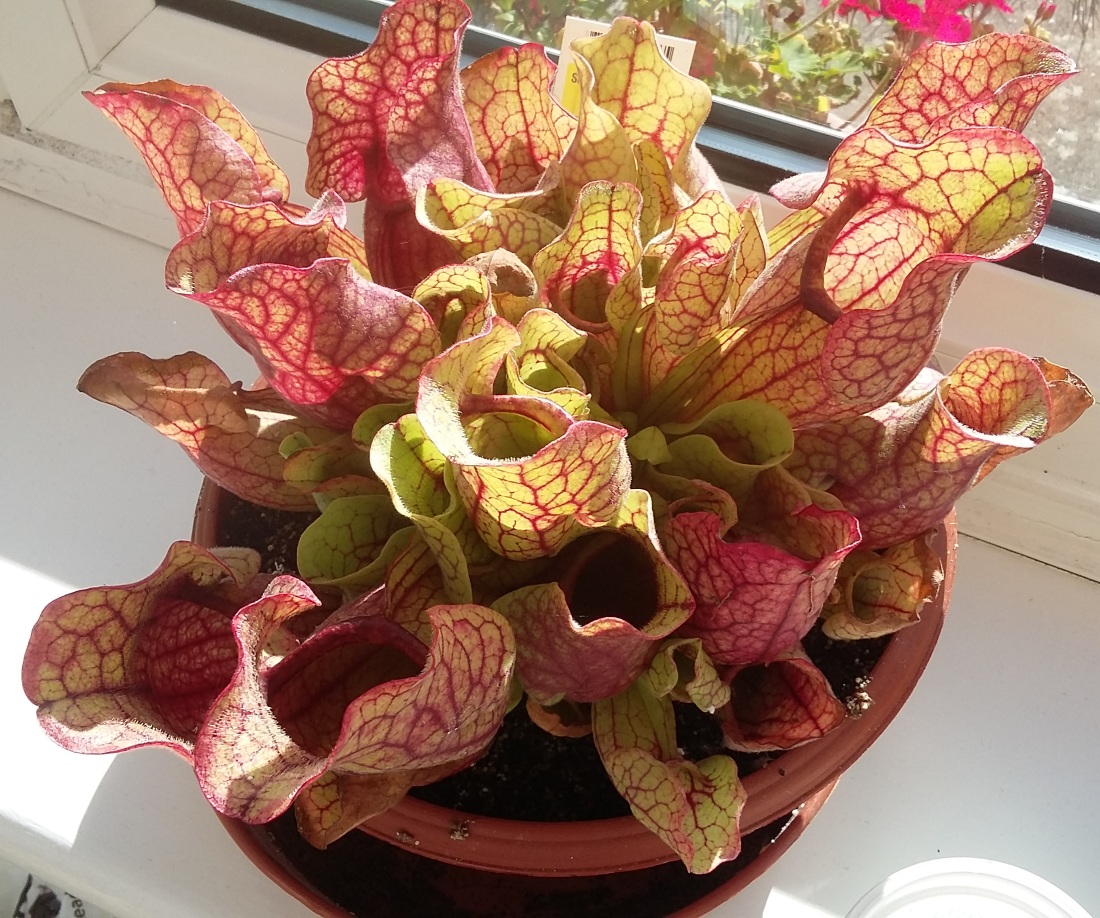 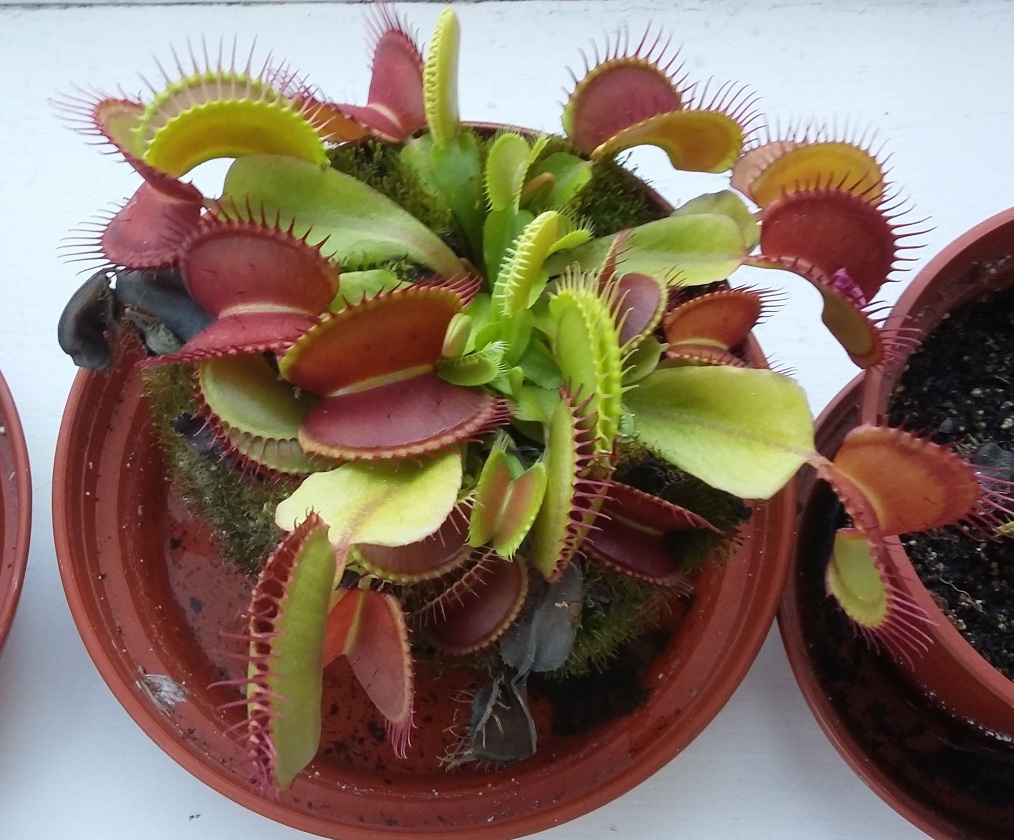 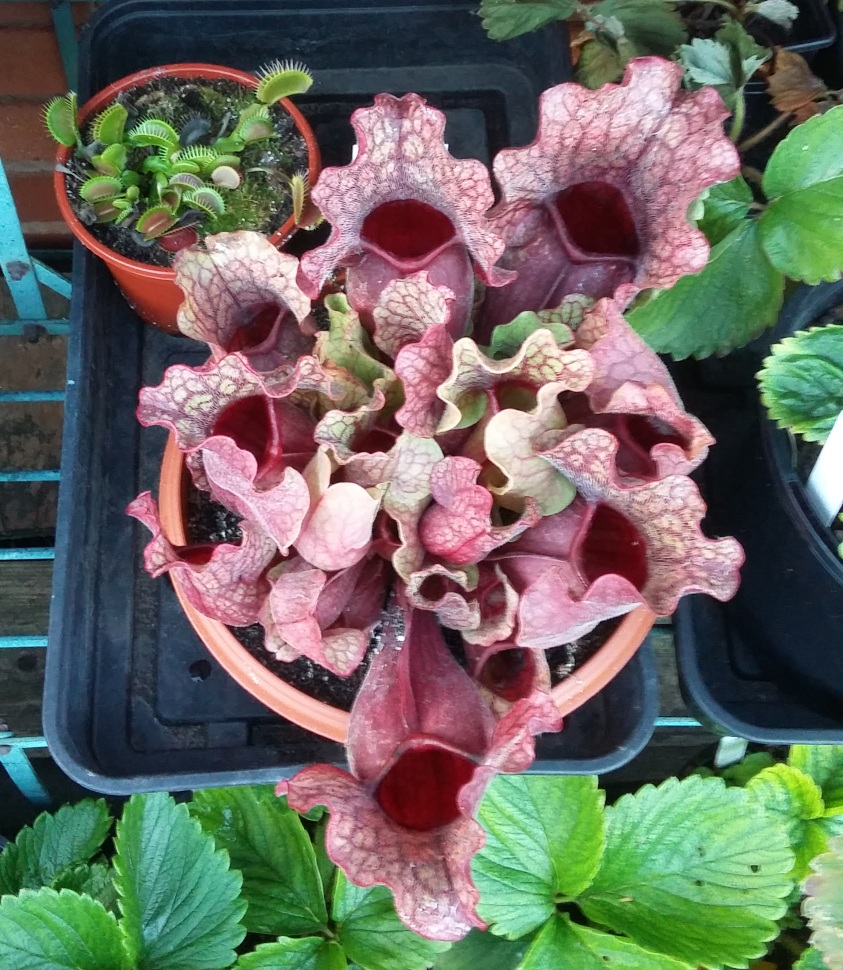 I've had the outdoor Venus Fly Trap for a few years now. It went dormant on my windowsill two years ago, but last year it did not, so I really want to make sure it does this year. I think it's ready for it - it's nowhere near as impressive as it was a month or two ago; it has much fewer traps and the ones it's growing now are very small.

I won't update this anymore, as I'm confident both sets of plants are dormant, and they went dormant around the same time. The conservatory was consistently a few degrees warmer than the outdoor temperature, with occasional (short lived) peaks up to 40°C, which didn't seem to affect anything.