I kind of like War Thunder, but it's spoilt by frustrating gameplay caused by the apparent fact that the developer, Gaijin, couldn't balance a tricycle.

It's pretty obvious at battle ranks (BR) 3.7 to 4.7 that the German planes are insanely overpowered. People complain about the UFO-like flight models of the Russian Yaks but in overall effectiveness they have very little on the average German team. I struggle to get a 1:1 kill:death ratio in British or American planes, but give me a FW 190 A4 or a Bf 109F-4 and suddenly I'm king of the skies. My 190 A4 has a 4:1 kill:death ratio and my F4 2:1. I'm even at 2:1 on my near stock A5 despite the fact it has all the aerodynamic properties of a flying anvil - my performance in this is mostly attributable to the fact my team has usually shifted the odds from 10vs10 to 10vs2 by the time I actually get to the fight. I don't even need to play well to get great rewards because most of the rest of my team will. 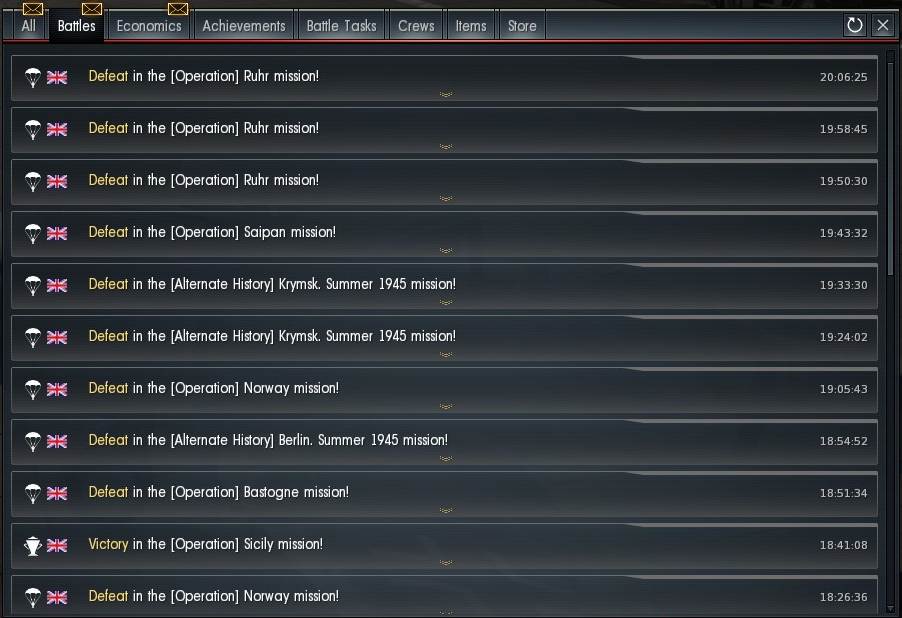 The reason that Germany dominates so well is that its planes climb so quickly. Whichever team has the altitude advantage when combat starts will win nine times out of ten, and that team is Germany. Oh yes, the Spitfires in general climb nicely too (or at least, the IX does, the Vc which is also at that tier does not), but they get lumped in with American teams so you don't get a swarm of Spitfires at 5k, you get a swarm of P-47s and B-25s at 0k and one or two Spitfires at 5k, which have to face a swarm of 109s.

Gaijin, and some of the playerbase, will defend this by saying the planes are historically modelled and that's genuinely how they performed. And fair enough, maybe that's broadly correct. But I'm pretty sure that enemy airfields weren't usually 30km apart, and I'm equally sure that the German and allied forces didn't agree a set time in advance at which for all their planes to take off so they could all climb towards the centre of the map and have a big fight until all of one team was dead.

In reality there are numerous obvious historical inaccuracies which makes me doubt that the modelling is really that great. For example, the 109 had problems with its wings ripping when pulling up from dives, which Spitfire pilots used to their advantage. You wouldn't know that from playing War Thunder, from which you would conclude exactly the opposite! At the moment, the Spitfire IX at 4.0 regularly loses flat scissors to 109 F4s and even 190 A4s, which is utterly perplexing. 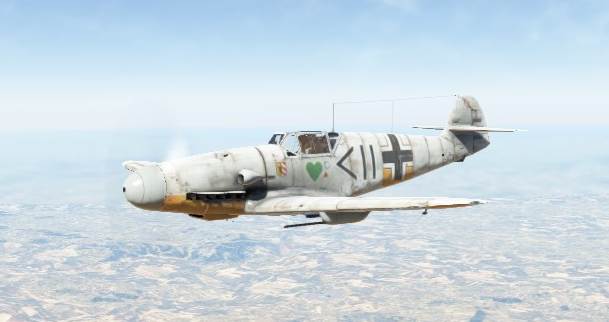 Some of this would be fixed if they finally implemented Enduring Conflict for realistic mode. EC is basically the only mode of War Thunder that works well (apart, possibly, from simulator, which I haven't dared to try as I don't have a joystick). Unfortunately, EC comes along for a day or two once every few months, is locked to only a few aircraft, and then disappears again. I don't know why. When EC does come along it highlights just how broken the standard realistic mode is. EC gives more dynamic and emergent gameplay and reduces the frustration and penalty for making a small mistake by allowing you to respawn in a new plane. It could be greatly improved, but even in its current state turns the game into an objective based one rather than a team deathmatch.

There are other frustrations too:

1. Hit registration is the worst I've ever seen in an online game, and, bizarrely, seems to be dependent on which guns you use. It's a bit embarrassing when you're sat on a 109's tail who is sat on your team mate's tail and you're visibly knocking chunks out of him with your hispanos to no effect while he rips up your team mate who presumably thinks you're a total idiot. My ping to the EU server is 20-30 so there's really no excuse for my shells desyncing noticeably.

2. As you get higher in the tree, the planes get more painful to fly initially because they are so far outperformed by fully upgraded planes. You earn research points to unlock things like engine upgrades. Until you do so, you are at an artificial disadvantage. It's not quite pay-to-win, but it's certainly pay-to-remove-the-artificial-disadvantage-sooner. For me this just means I am reluctant to fly the planes I've just unlocked.

There's a similar issue with crew points - you can upgrade things like your g-tolerance which makes you a lot more competitive. This gives an unfair and undeserved (and unnecessary!) advantage to more experienced players.

3. Bombers, ground attackers, etc, basically anything that isn't a high performance fighter, is completely useless in realistic battles because Gaijin doesn't seem to have designed their game. Although there are mission objectives, the real mission is "kill the other team" because the alternative is to hope they ignore you while you go about completing the objectives (hint: they won't). The British bombers in particular are painful. They were designed for night raids, so lacked strong defensive armament, which Gaijin models faithfully ... but then puts them in games set during the day and lights them up with a big red marker when you get close to them. Selective realism! The big problem is that the likes of the B-17 and Lancaster are iconic and people want to fly them. This makes allied teams even worse. Again, some form of EC with sensible ground target objectives would largely fix this.

4. Gaijin seems to model a lot of their game around trying to keep game queue times short, but average and below average players will have to run a resource deficit to repair their planes or wait 24+ hours for the free repair. This is just daft.

5. The kill credit system is broken. In RB, where the stakes are high, it's very frustrating to damage someone's controls such that you leave them to crash, then a few minutes later when they do perform an unplanned lithosphere brake, the game says they "crashed" rather than crediting (and rewarding) you for the kill. When someone is going down, it is often not safe to take another pass on them, or to burn you energy/altitude/ammunition, to ensure you get the credit.

Overall: This game can be fun, but I would not recommend it.