Here's a video of some 'bionic boots', intended to let humans run at 25mph, about twice as fast as an elite marathon runner: https://www.youtube.com/watch?v=VCnT-qWTE84

They're interesting from a technology point of view but a few things jump out at me.

If you look at elite runners' form you will virtually always see the front foot hitting the ground very, very close to the runner's centre of mass, while the back leg is extended at the hip. The runner's back will be straight, their hips will be pushed forwards, and they may have a slight forward lean through their entire body from the ankles upwards, but they will certainly not be bent at the waist. Those guys are distance runners but the classic 'shape' is also recognisable in sprinters: 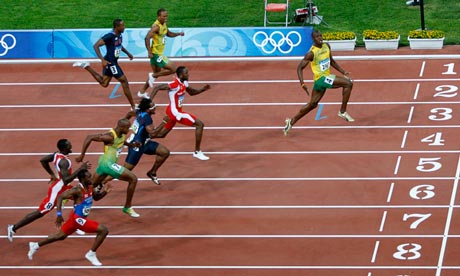 It's even recognisable for Oscar Pistorius): 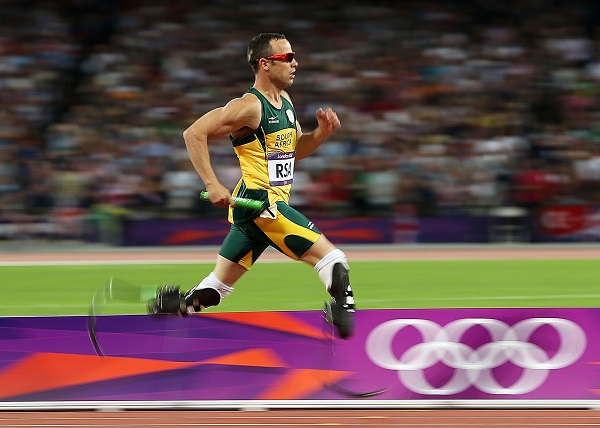 The runner in the bionic boots is totally different to the point that you don't even recognise it as running: 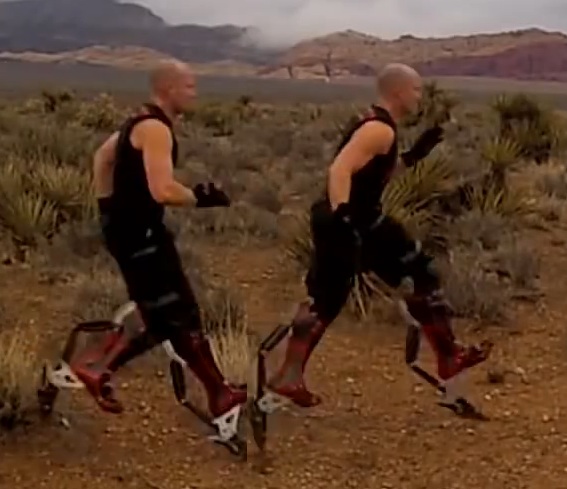 We only have the example of one person running in them, but the bio-mechanics that seem to be imposed by the bionic boots bear no resemblance to good running form, and, frankly, it looks bananas. At the point of impact both legs are flexed from the hip, even his back leg is flexed (which is bizarre), and he is bent forward from the waist. All you can really say is that his arm swing looks ok.

He is not in a good position to be absorbing the impact, however it may be that the boots themselves absorb it adequately and this isn't an issue.

Further to this, I'm curious what state it leaves his hip muscles in. He's obviously using a lot of hip flexion to lift up his legs, but with his back bent forward he's never getting any hip extension. That means the muscles at the front of his legs/hips are getting worked hard, but the muscles at the back probably aren't getting used at all. Hip flexors are powerful muscles. This is an imbalance you don't want.