I bought Fallout: New Vegas a few weeks ago in the Steam sale, after having played it before (once), but for various reasons I didn't actually own it. 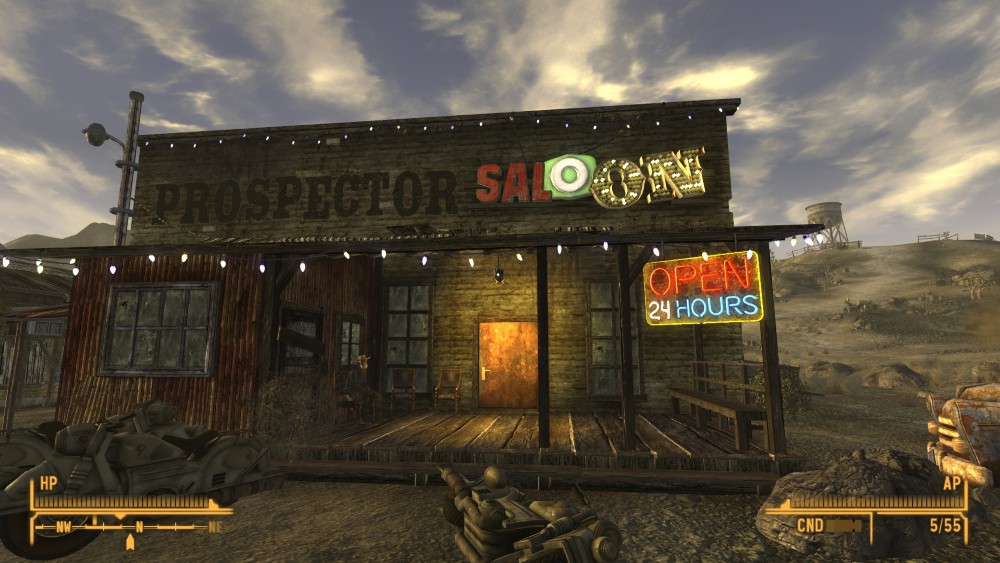 I'm playing with the Project Nevada mod alongside Nevada Skies (the weather mod), on hardcore mode. These three things transform the game from being laughably easy to brutally unforgiving. PN makes it so that getting shot is actually a really big deal, and hardcore mode makes your inevitably crippled limbs a really big deal. The weather mod adds very dark nights and weather effects like sandstorms (which greatly reduce visibility). I'm not really sold on the weather mod because it puts you at a huge disadvantage while the AI doesn't seem to be affected, but the dark nights are nice. The difficulty is a bit frustrating, because the rest of the game was still designed for a virtually invulnerable player character, but oh well.

I much prefer New Vegas to Fallout 3, because NV has a story and a setting, some moral ambiguity and some choices, and is generally much more Fallout than Fallout 3 was. Fallout 3 was cargo-culty in the sense that Bethesda took all the immediately obvious bits of Fallout 1+2 and mashed them together with no apparent understanding of what made Fallout great.

Here's the stuff I don't like at all about New Vegas:

VATS is still a cheap stand-in for well developed FPS mechanics. Bethesda backed themselves into a corner by making Fallout 3 an FPS, especially in an engine that's simply rubbish at it. New Vegas does improve the situation by adding in iron-sights; the FPS gameplay doesn't feel quite so pathetic, but VATS is still a sort of hack to: 1. cover up the lightweight FPS mechanics, and 2. appeal to the turn based targeted attacks of F1/F2/Tactics.

Fallout 3 was basically a first person shooter in denial. It's very hard to make a first person shooter RPG, because if the player lines up a perfect shot, either you have to give it to them and ignore their character stats, or you have to ignore the player's skill and make the accuracy a dice roll. I think Bethesda actually did something incredibly stupid and ramped up damage based on the player's skill stats.

It's rubbish, but the game assumes you are going to make heavy use of VATS, because the game's foundations are broken. 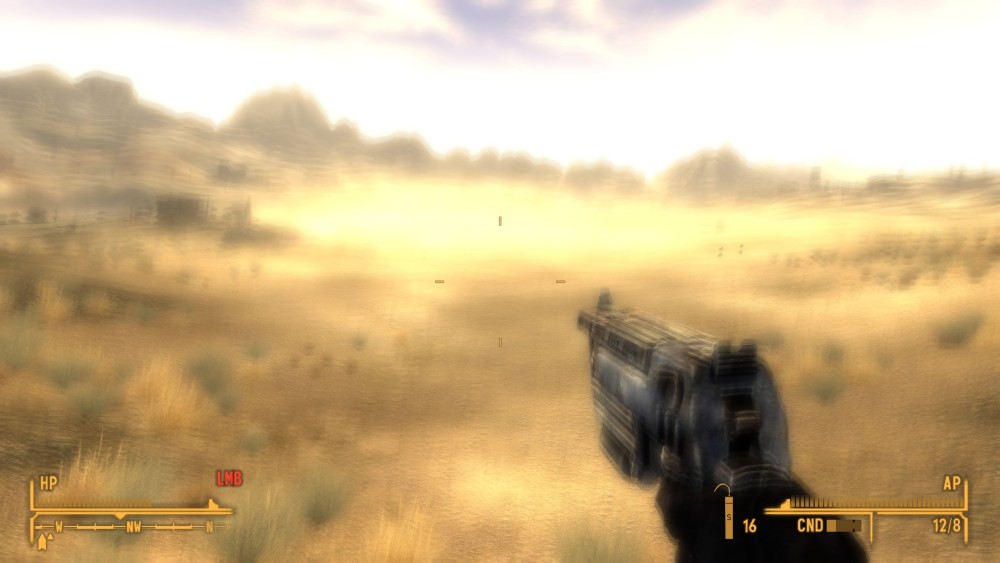 This is a tired point but the voice acting really is gratingly dire. In some ways, it doesn't help that it's juxtaposed against real actors like Chandler Bing, Felicia Day and Zach Levi, who put on an actual performance and highlight just how terribly most of the NPC lines are delivered. Most of the NPCs seem to have been voiced by people randomly selected from the office.

Genuinely, I am mystified that Skyrim is well regarded because the engine is an abomination.

I assume it's a repeatedly souped up version of a very old Morrowind engine because that's how it runs. The graphics are annoying; everything shines and the animations are woeful, the view distance is nice but neutered by the texture and detail pop-in, which leaves the scenery looking a bit silly (especially the line beyond which the water turns flat), but I can live with those things. What I can't live with is the awful input system. It feels like you're controlling an unresponsive lump of lead that slides all over the desert. This is one of the reasons I can't get more than a few hours into Skyrim (the other being that it's boring). 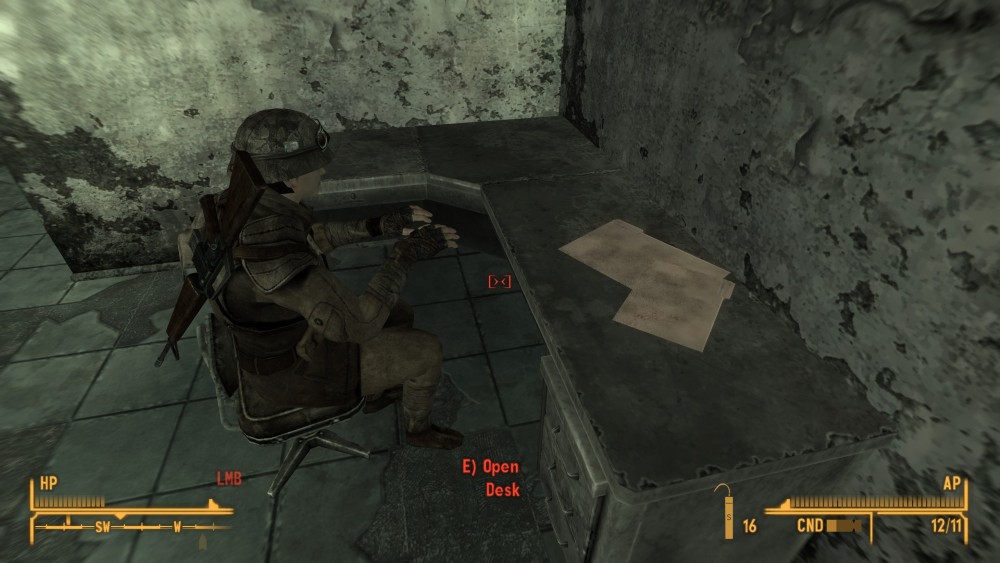 "I need you to go and investigate Nipton, we've seen smoke rising from it for days"
"It's a two minute walk away"
"I know but"

Fallout 1 and 2 were unaffected by this because you never wandered through the wasteland - you always fast travelled (and may have had random encounters), so long distances were fine. F:NV gives you a big 3d world for you to explore yourself, which means that hundreds of miles of desert isn't really going to work. It's noticeably jarring that the mighty New California Republic, who have expanded through several states, are defeated by having to travel what appears to be a quarter of a mile, and are somehow holding their own with an average of 5 people per outpost. Again, in 2D games, the cost of adding generic NPCs is low, so this isn't an issue.

It's sad that while games have in some ways pushed forwards and embraced technology to give a better experience, they've also thrown away the bits that they now can't quite get right. World size is a trivial problem when a game is 2D, appalling voice acting is a non-issue when 99% of your characters don't have a voice. It really seems to have harmed RPGs in general. That's not to say these problems can't be solved, NWN, DragonAge and KOTOR1+2 are proof of that.