Shogun 2 is part of the Total War series which you may or may not know as being a unique real time strategy (RTS) game that focusses more on a vague semblance of realism than on tank rushes. Except it's not just an RTS, it's also a turn based strategy! Most of the game takes place in a Civ-esque world map view, which is turn based. You control cities, tell them what to build/recruit, and they farm resources for you. Gold is the main resource, but you also have to ensure you are producing enough food, and there are various special resources (e.g stone and horses) which if you have access to, allow you to build superior units and buildings. In the world map, you assemble armies and move them around. 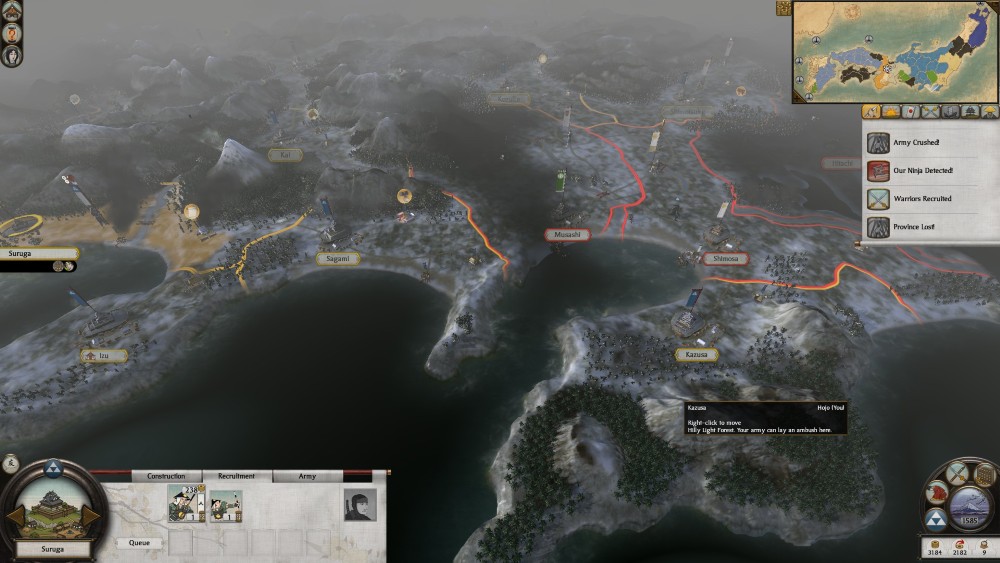 When the battles come, however, that's when the game drills down into a real time mode. Battles are fought on the battlefield in standard RTS fashion, but with finite armies that you can't replenish. You have to work with the army available to you at the instant of the battle. It's a subtle but important difference between Total War and most RTSs, and it makes the game much more rewarding.

Armies are composed of platoons of troops, rather than individual units. Battles generally start off organised and neat and then quickly descend into chaos, but through judicious use of the pause button you get much better at keeping track of how things are going. The player's confusion isn't aided by the fact that battles are much deeper than they appear - every unit has an array of stats regarding how they perform in various different battle situations. For example, cavalry, while very very very good at charging into infantry, is a bit rubbish at sticking around after the initial hit. Flank attacks also work very well, but once the enemy gets themselves organised the course might change dramatically. 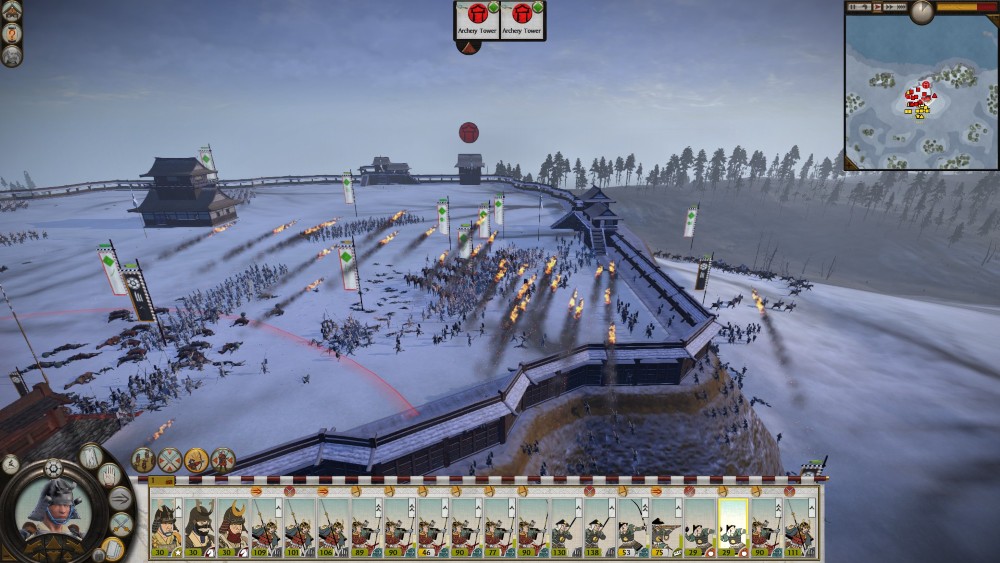 Perhaps more importantly, every unit also has a morale scale, which greatly affects how the battle goes. Morale is affected by how well the unit perceives its situation. A cavalry charge from behind will generally have a bad effect. An enemy running away has a good effect. Morale means the most effective way to win isn't to kill everyone - it's to focus on making the enemy run away. This often has a cascading effect, where one unit will be weakened by seeing its friends scarper and will be more easily encouraged to follow suit, which is amusing when you're struggling your way through a battle and then the enemy suddenly seems to break and run away. 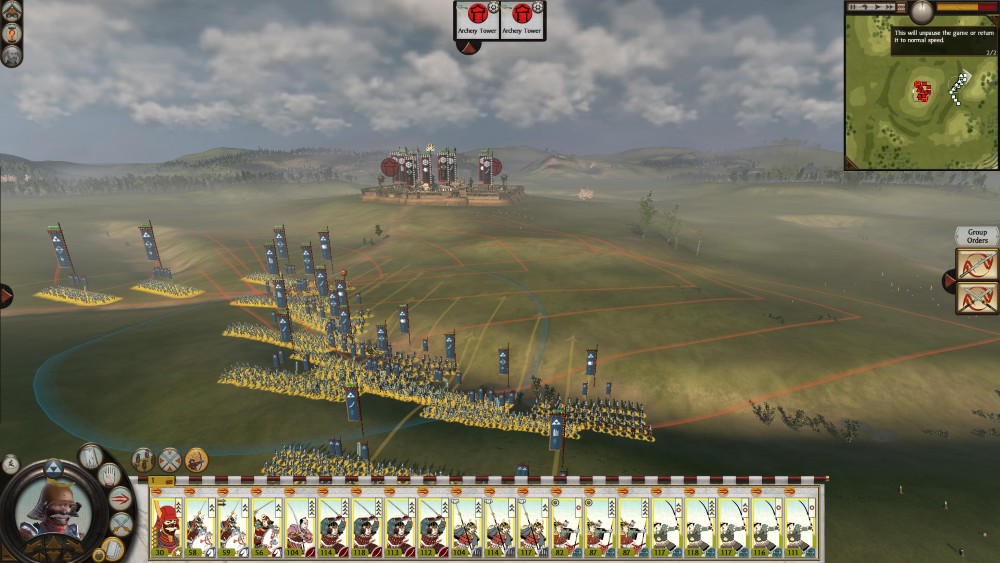 Archers begin raining flaming arrows down on the defenders 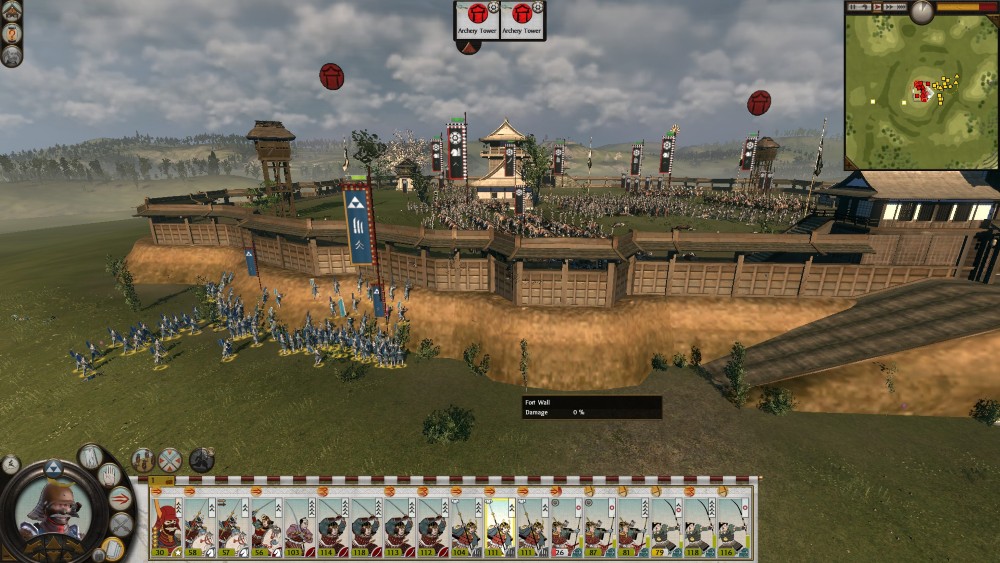 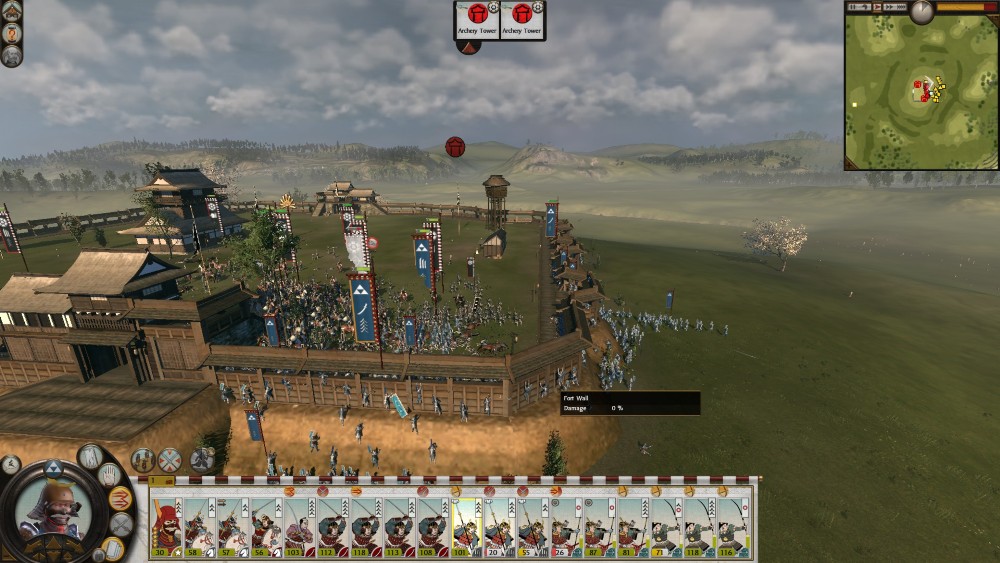 ... and the north east wall 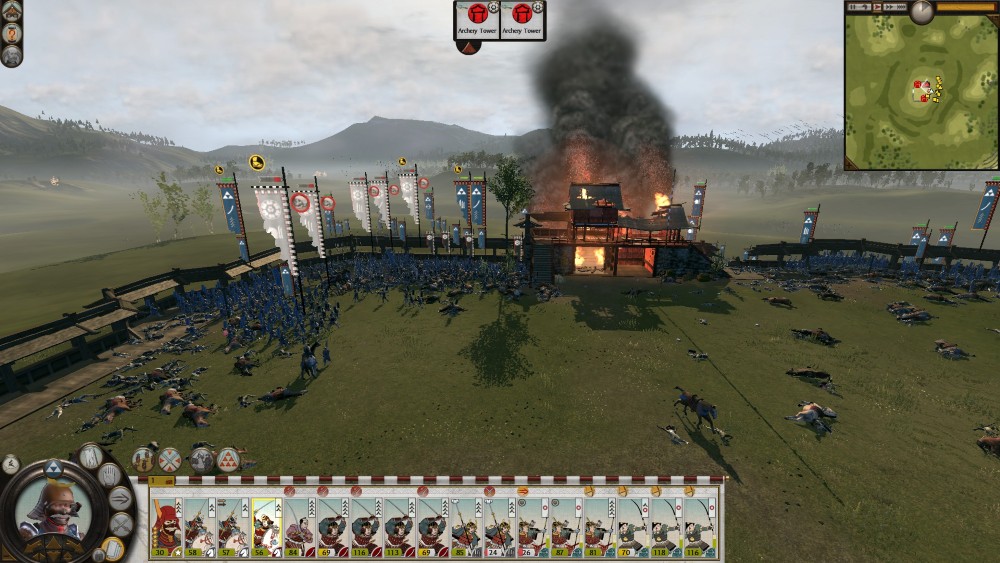 The south east walls are clear, the north east has seen more resistance but the defenders' morale is breaking 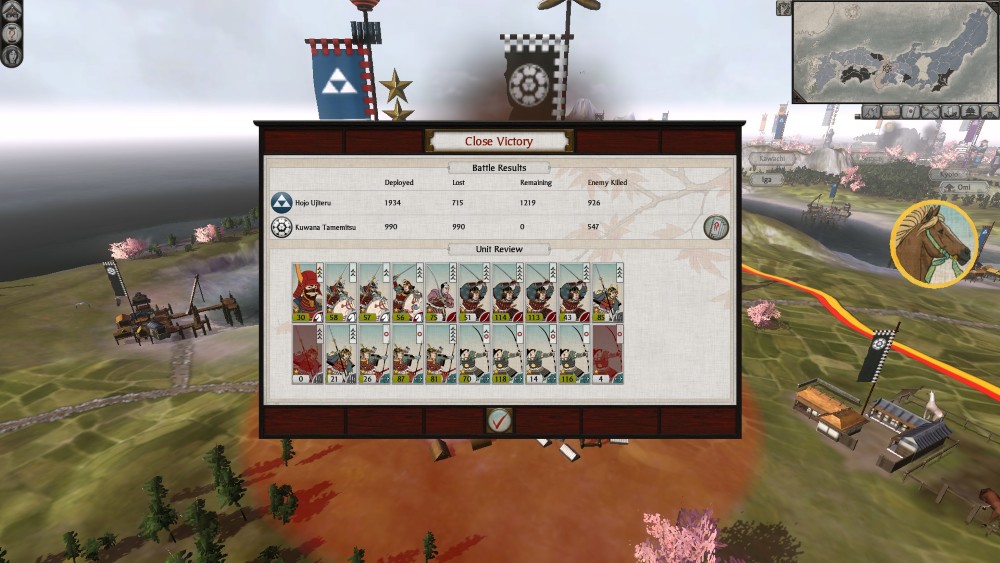 We lost two full units and sustained huge casualties in others, but the town is ours!

Overall Shogun 2's RTS gameplay is deep and rewarding. The turn based based side of things is good too. There are cities, tech trees, diplomacy, an economy, trade, religion, town happiness, etc. It's not Civ levels of depth, but it works in the setting.

But Shogun also has problems. Which is a shame, because the good bits really are good. In no particular order:

Overall: Shogun 2 is a very strong RTS, but not without its frustrations.