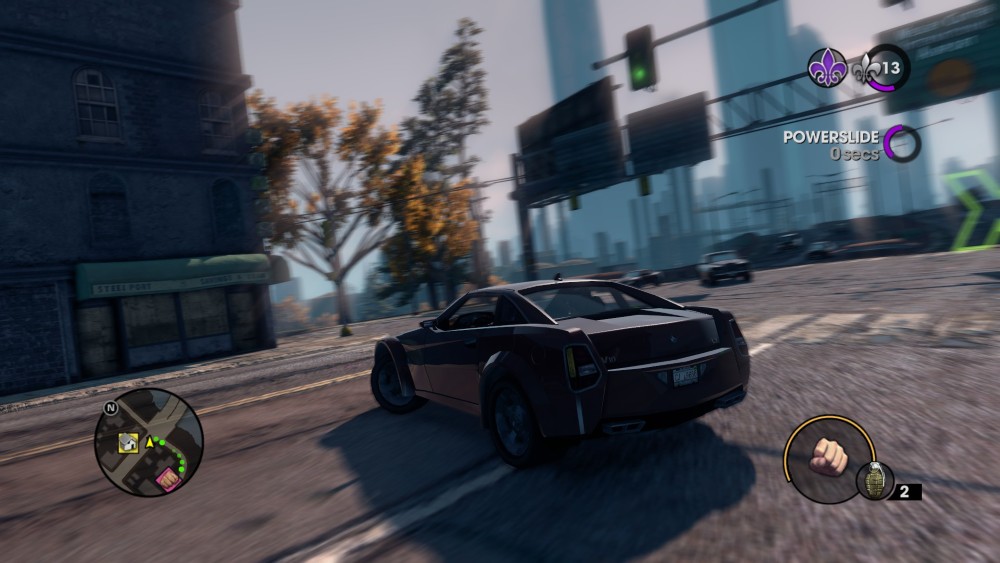 Once upon a time, there was a game called Grand Theft Auto which offered the player a largely nonsensical sandbox world and a thinly strung together set of missions, which could, if you were generous, be called a story. The series evolved. By Grand Theft Auto III, the developers were showing warning signs that they thought the game wasn't pretentious enough. GTA4 was a dissonant mix of gritty realism and cartoon violence; while Niko Bellic would lament all the violence and mayhem during scripted cut-scenes, and while the characters often felt like real people (if dislikeable ones), Niko would happily accept his next mission to go and kill 30 lifeless copy-and-pasted gang members without batting an eyelid. 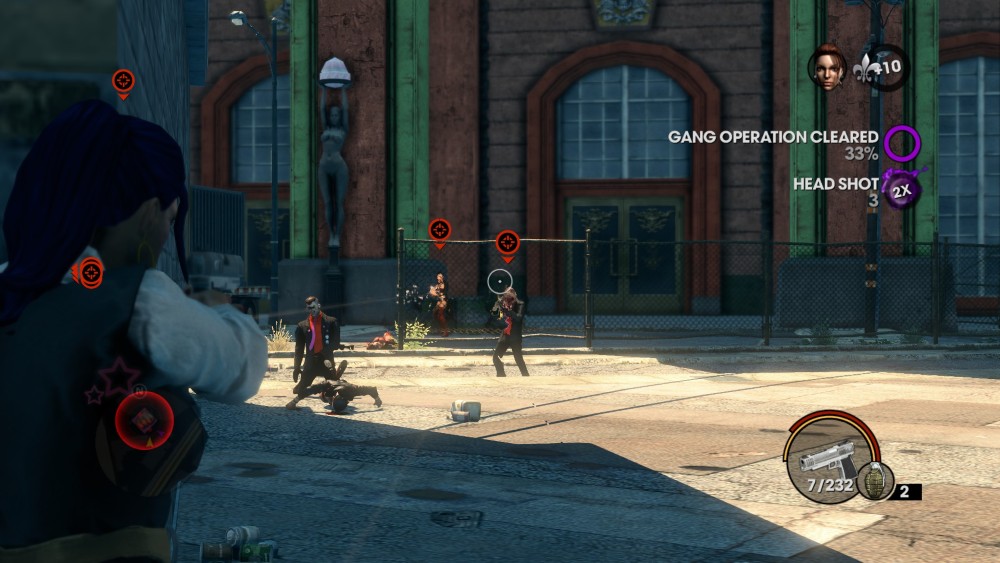 In an alternate reality, GTA's transition to 3D kept its zany irreverence, and became Saints Row: The Third. It doesn't seem quite fair to continually compare it to GTA, but GTA basically invented the genre, and there is nothing else of note which is similar. So I'm afraid I have to.

SRIII is undoubtedly a GTA clone. But it's a well made GTA clone. SRIII is well produced and certainly less buggy than GTAIV. It really does, however, borrow its core gameplay, and many details, very liberally from GTA. 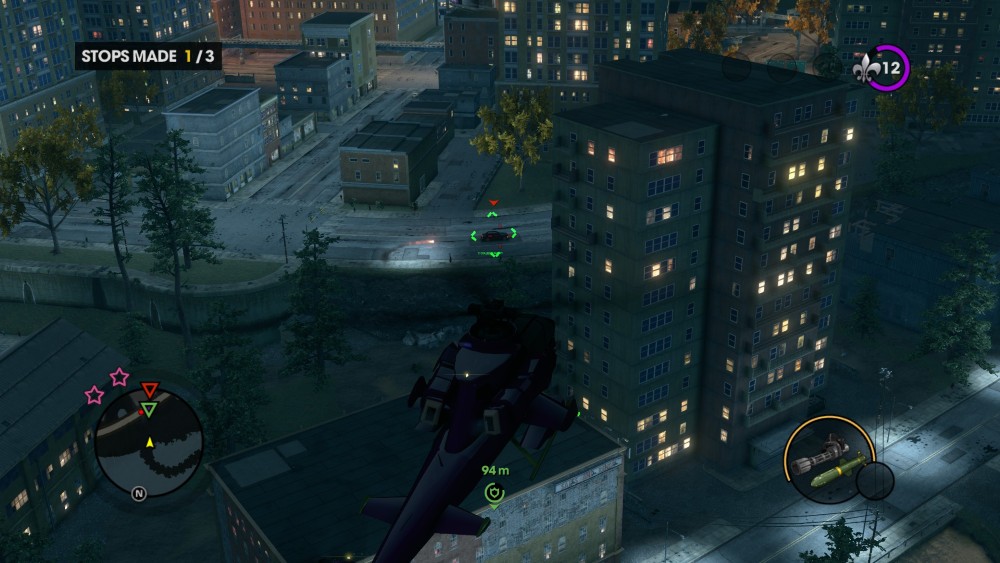 But it's not just a GTA clone. It adds its own story, characters, and gameplay details over the top. The world itself doesn't make an awful lot of sense, and the finer details of the story seem to be glossed over slightly, but you get the gist of it, if not the full explanation. The characters mostly have the depth of a small puddle, and all of them are fairly terrible people, but some of them are strangely likeable for the simple reason that SRIII does nothing to make you want to take it seriously. None of this is even supposed to be believable. And it's not.

The game plunges you into a world where you lead The Saints, a street gang which has won everyone's admiration for its general disrespect of the law and common decency. People love it when you cause mayhem. People love it when you rob banks. Even the police have a grudging admiration for you. People look at you and proclaim "Look! it's a real Saint!" and ask for autographs and photos. It's not meant to be taken seriously.

SRIII takes place in a city called Steelport, which is populated by a few different gangs who generally look unfavourably on people causing trouble in their territory. As well as worrying about the police, you also gain notoriety levels with other gangs for acts of crime in their area, who will send hit squads after you. This is an interesting mechanic, and one place SR deserves some praise for originality. 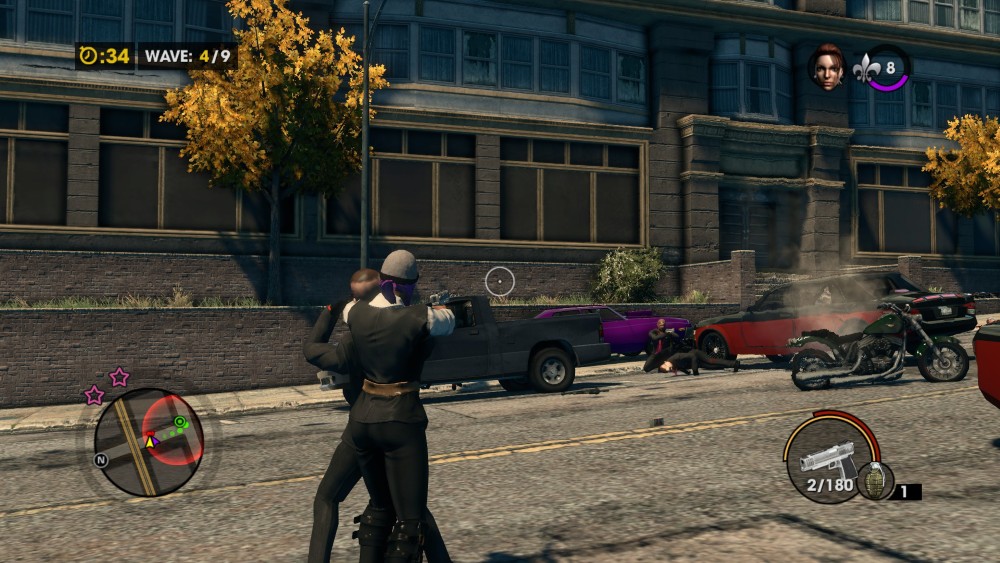 The gameplay is the standard GTA pattern - you spawn in a safe-house and are then encouraged to carjack somebody, and drive around really fast, crash into things, and/or follow the story missions (which you access via a smartphone, which as an interface is not as terrible as it might sound). Unlike GTAIV, the vehicle physics behave more like bumper cars, and encourage you to cause carnage. But like GTA, carnage ensues whether you planned it or not, because the AI all change lanes apparently randomly, without checking their mirrors. This can be frustrating, but perhaps it is consistent with the difficulty of the US driving test.

Steelport offers a lot to do. As well as the obvious sandbox mayhem, the story missions, there are also a set of minigames. Professor Genki's Super Ethical Reality Climax has you participating in a reality TV program where the aim is to make it through a course without being either caught in any of the various dangerous traps, or shot by any of the various less dangerous gunmen, while a pair of commentators narrate your brilliance or lack thereof. Insurance Fraud deserves some mention for pure originality; the aim is to hurl your rag-doll into the path of oncoming traffic to rack up insurance money. For reasons entirely unclear, you seem to be largely unaffected by gravity. It is genuinely entertaining to launch your character at speeding vehicles, bouncing off them straight into others. The game rewards you for chaining up multiple 'accidents'. 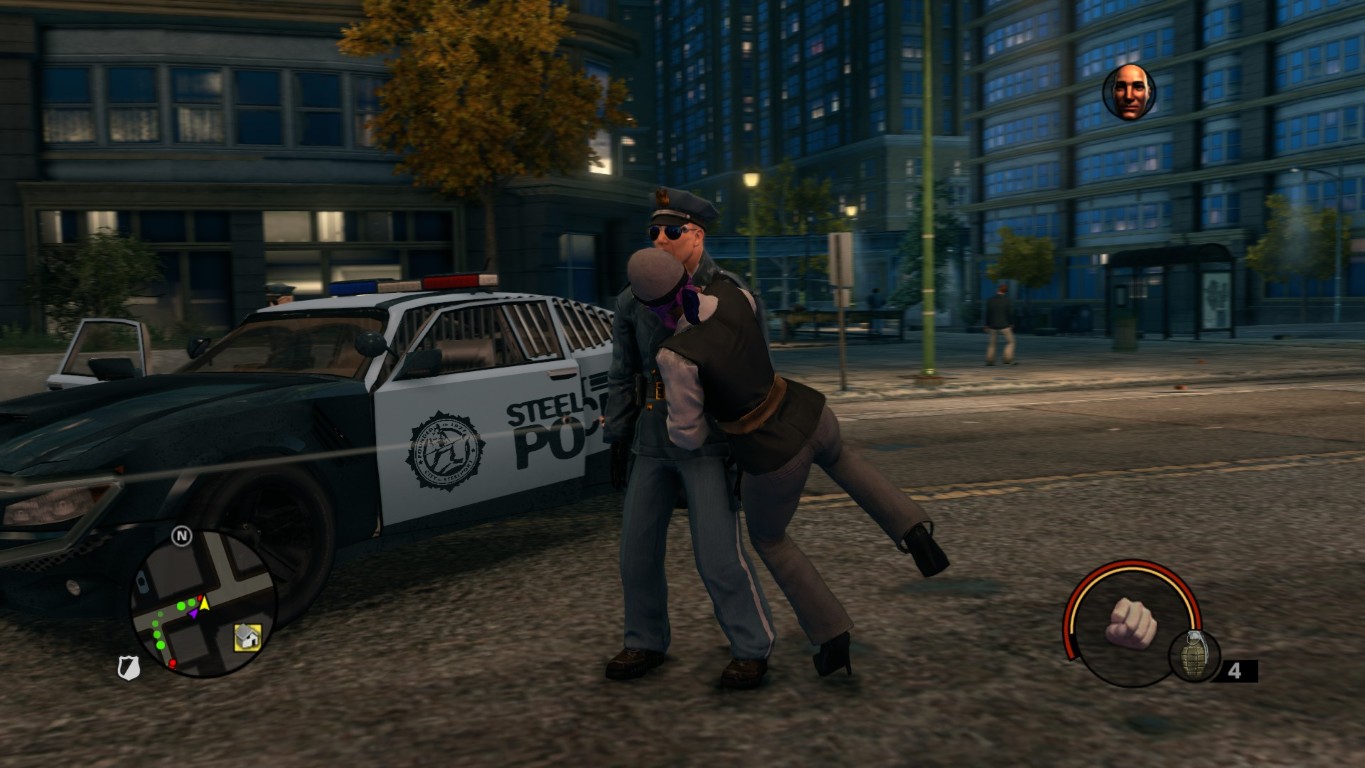 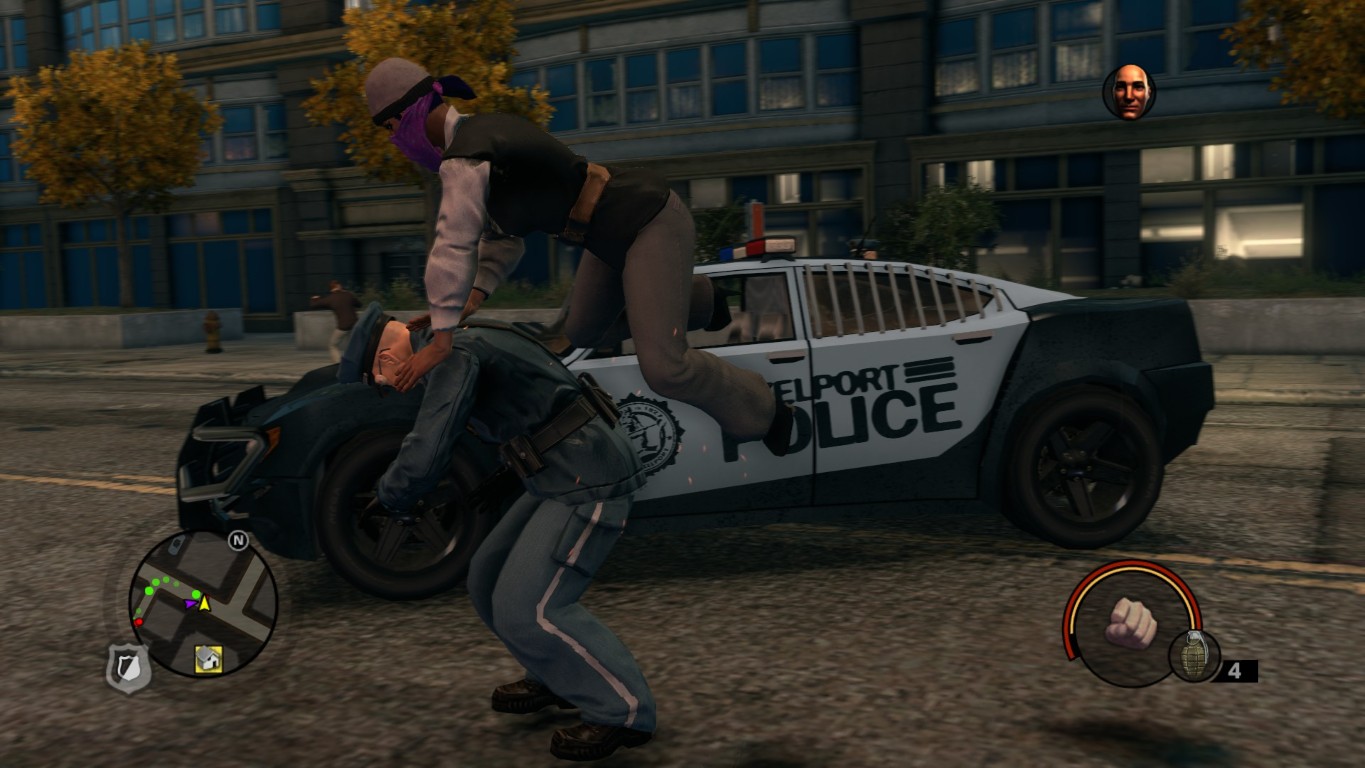 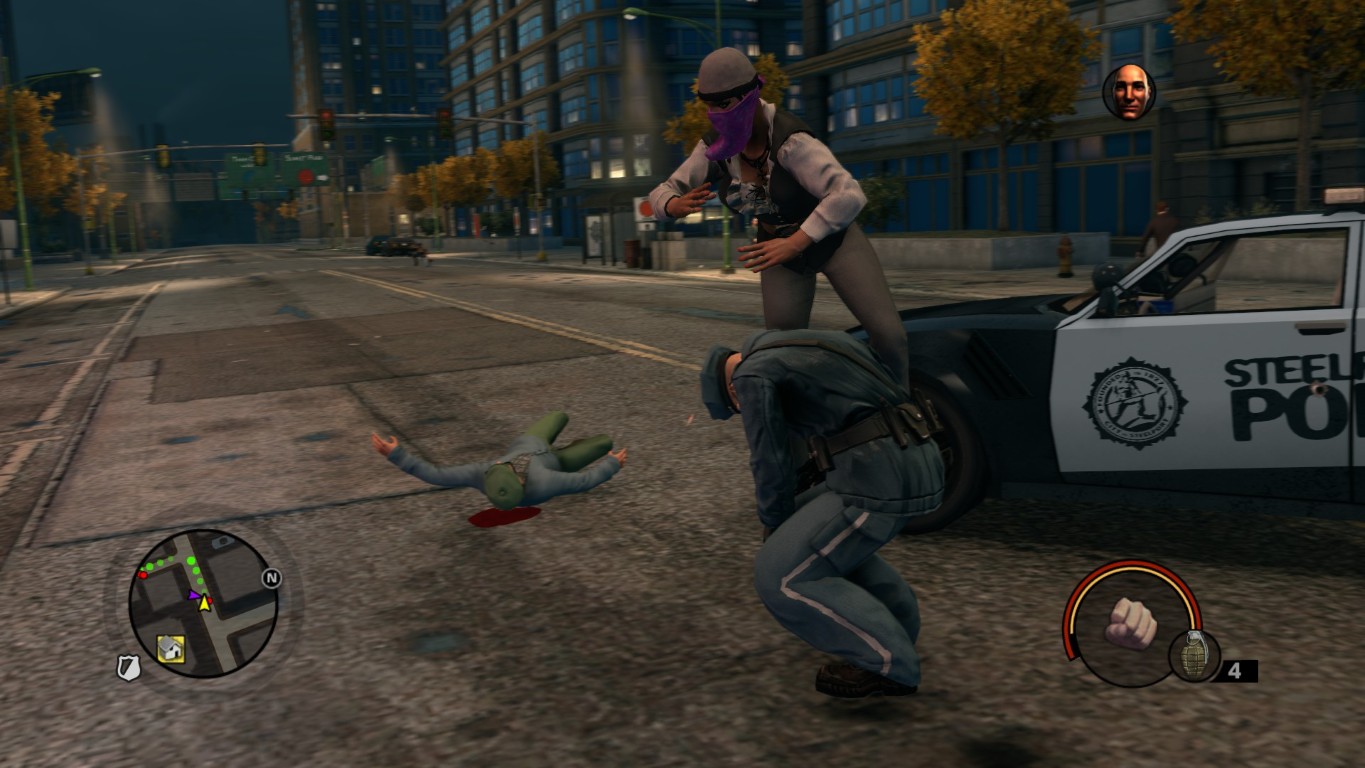 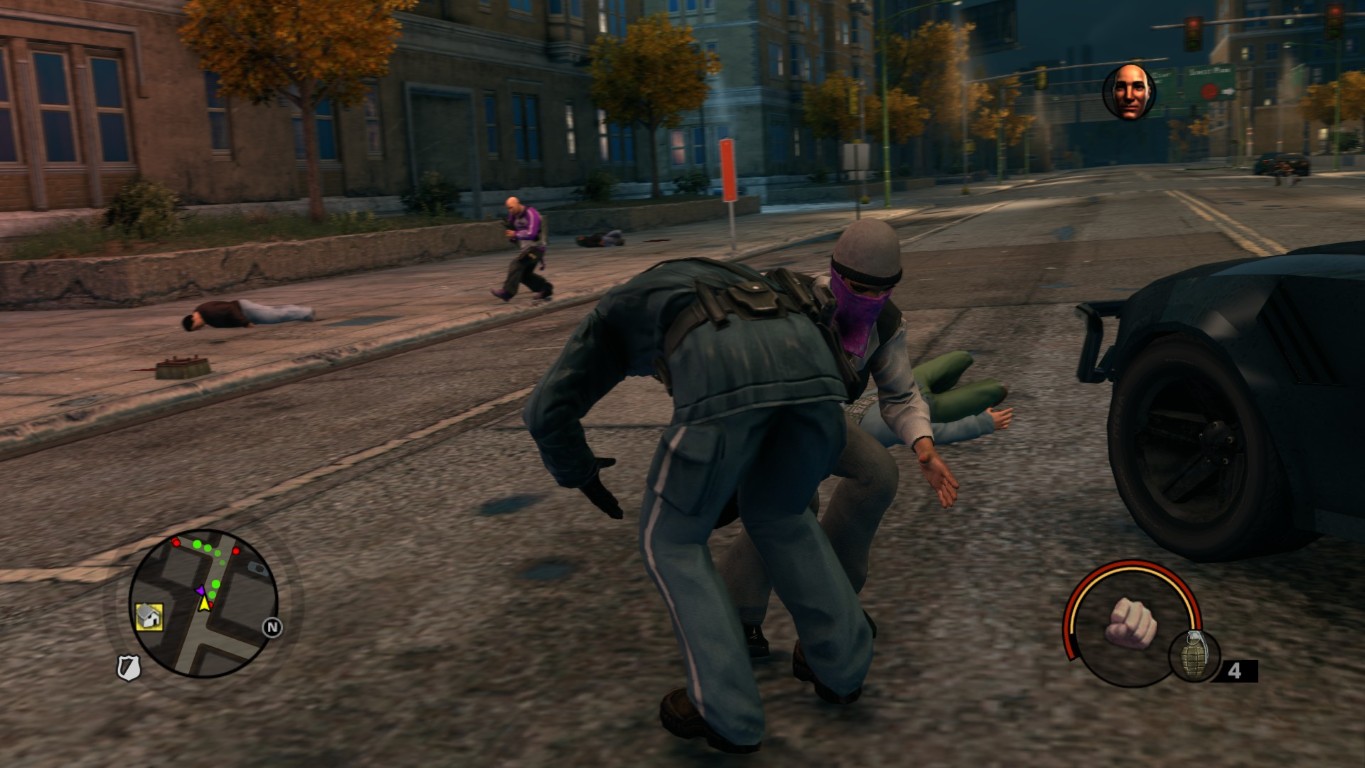 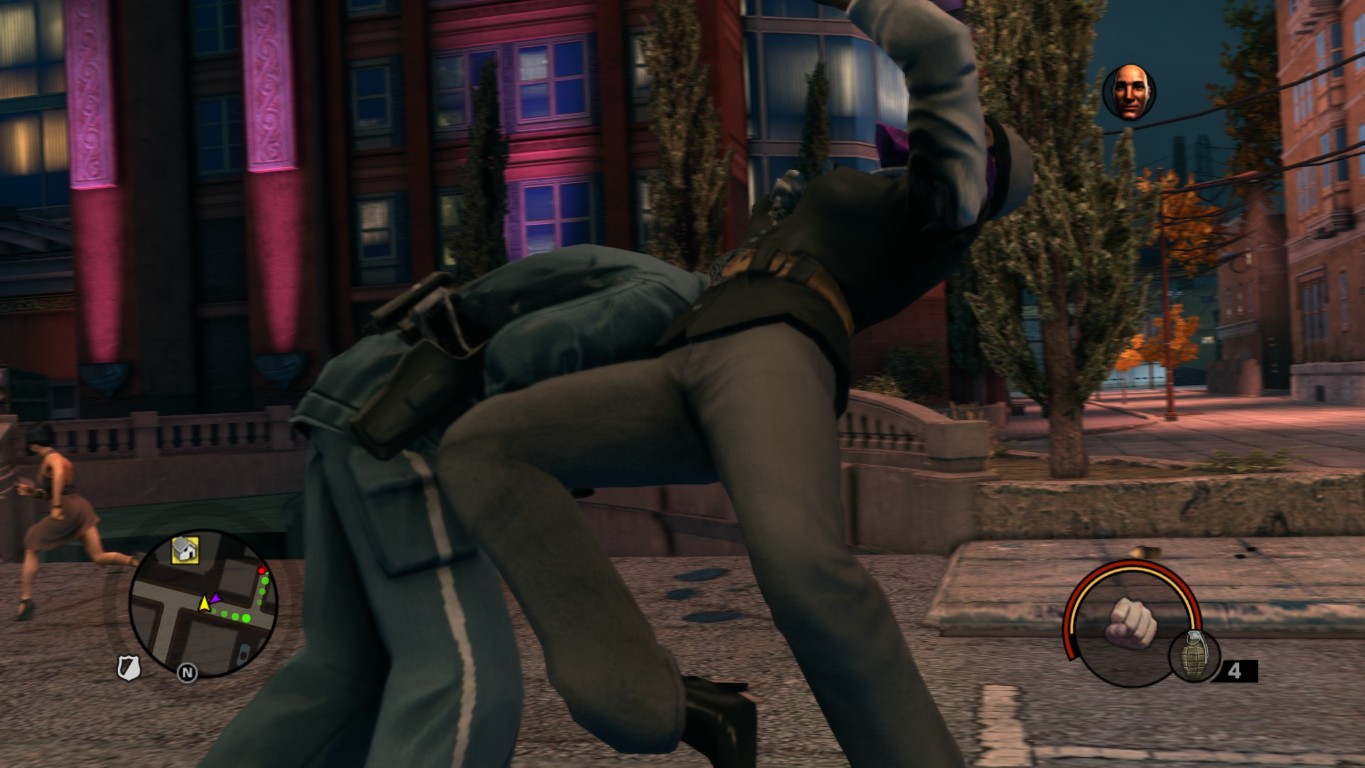 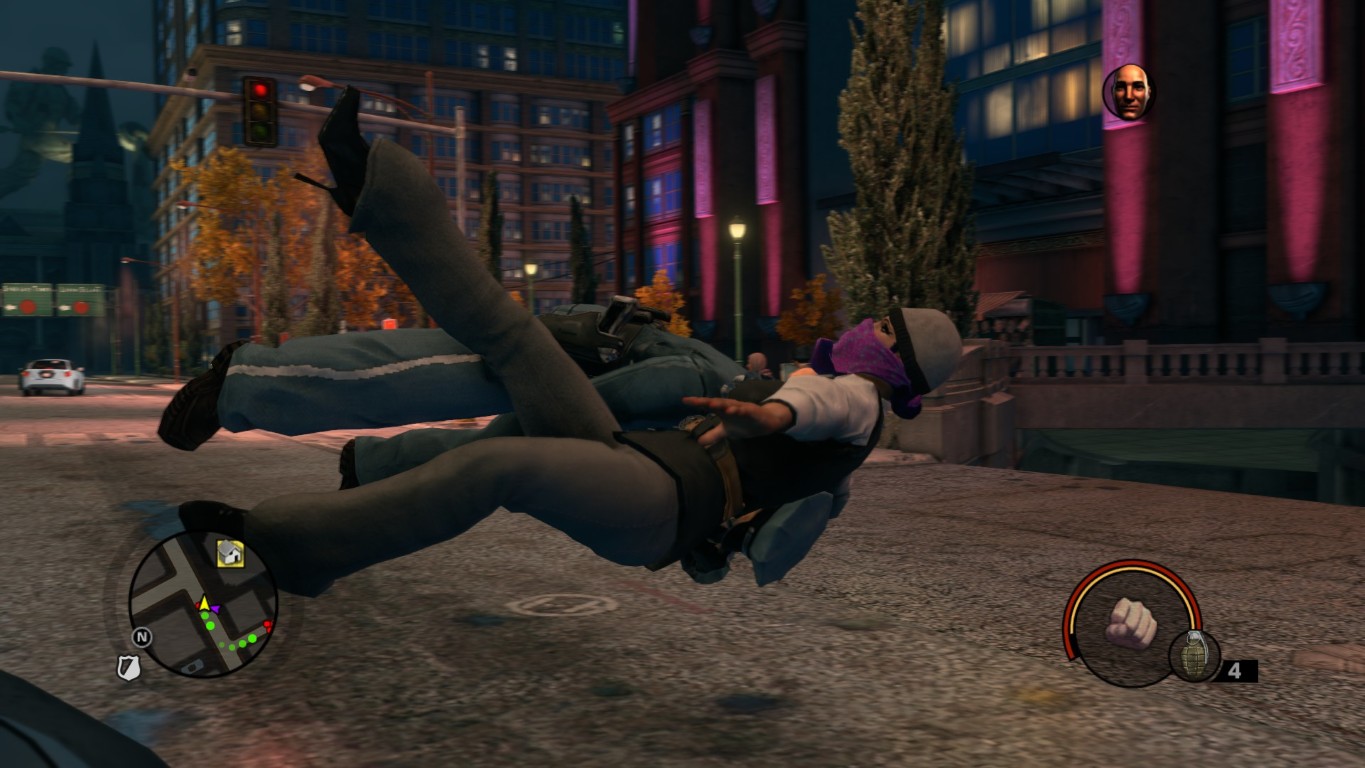 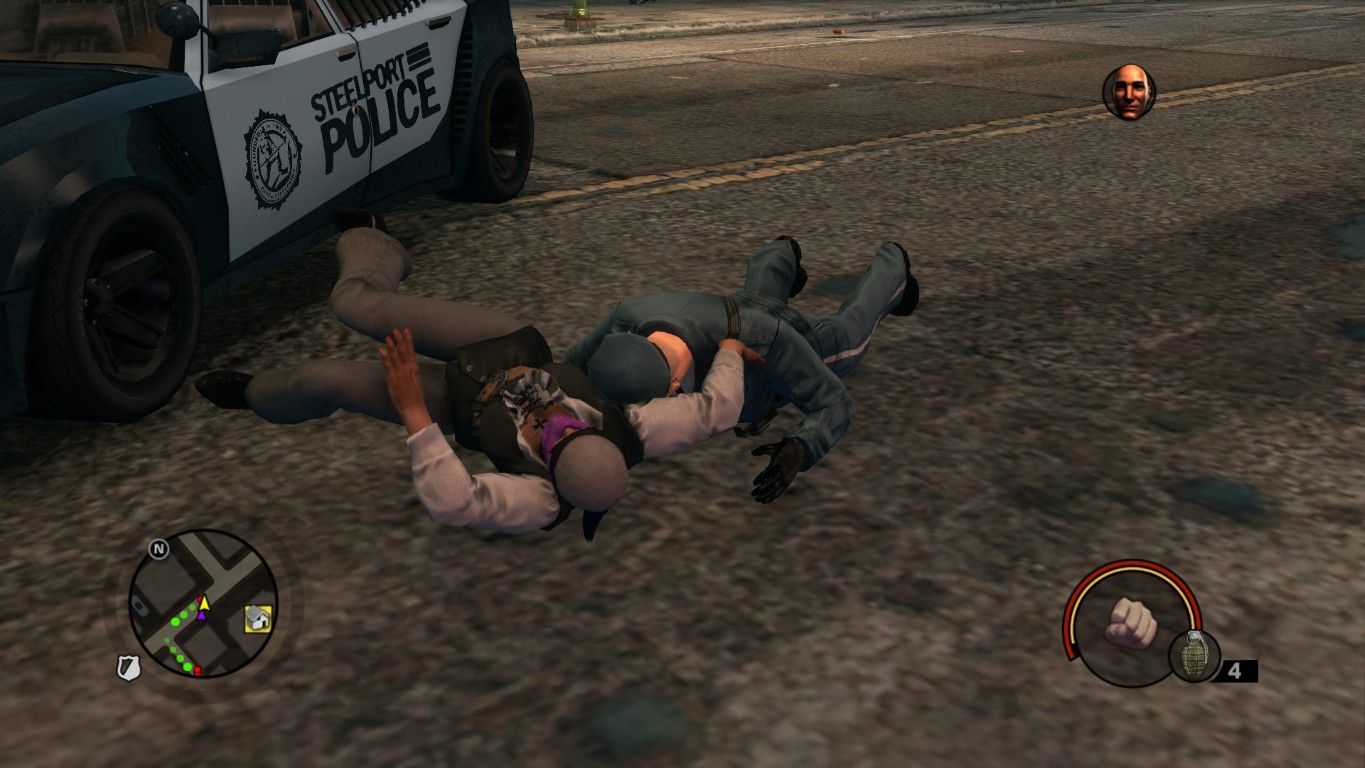 Saints Row offers no shortage of ways to kill people, and has a great animation system to back it up.

After exploring Steelport for a while, you might find yourself surprised at some of the attention to detail and overall production quality. The animation is fluid and sublime, and put to far better use than GTAIV's Euphoria engine ever was by the inclusion of various game-play elements like the ability to grab a human shield, and the generous array of highly entertaining wrestling style melee attacks. The detail also shines through in the bewildingly vast wardrobe in which you can clothe your character.

Saints Row is not:

The detail goes far beyond that, with a huge amount of upgrades you can lock via 'respect', which is earned by doing just about anything dangerous. Almost crash? Respect. Drive on the wrong side of the road? Respect. Handbrake turn? Respect. You earn most of it passively, just by playing the game.

SRIII provides the familiar idea of in-car radio stations, and a metal fan I was pleasantly surprised to find it featuring the likes of Amon Amarth, Strapping Young Lad, Opeth, and even Dethklok.

Overall, Saints Row sort of shoots itself in the foot a bit by not trying to engage the player more at a story/character level. Keeping everything whacky and stupid is great, but you never really feel attached to the plot or the characters, and you never get the feeling wanting to find out what happens next. But that's about the only major criticism I can level at it.

Largely nonsensical, irreverent and not taking itself (or anything) seriously, Saints Row: The Third reminds us that computer games don't have to be profound to be fun.