Nuclear post apocalyptic settings have a strange sort of magic to them. Metro 2033 firmly occupies the 'serious' end of the spectrum, throwing away the humour of Fallout in favour of a pure gritty, depressing reality. Metro is true to this all the way through and does a good job conveying hopelessness; the colour palette ranges from light grey through to medium grey, then all the way to dark grey. Unfortunately it is hard to appreciate the stunning colours because the lighting effects range only from 'quite dark' to 'very dark'. The sound and voices feature a similar level of diversity; the main character, Artyom, is voiced by the only person I've ever heard make the word 'monotone' a generous overestimate. He happily gives his commentary during loading screens, but is fortunately mute throughout the game. Whilst I certainly appreciate authentic Russian accents instead of the cringe-inducing, completely out of place American stuff some games throw at you, the quality isn't really there. 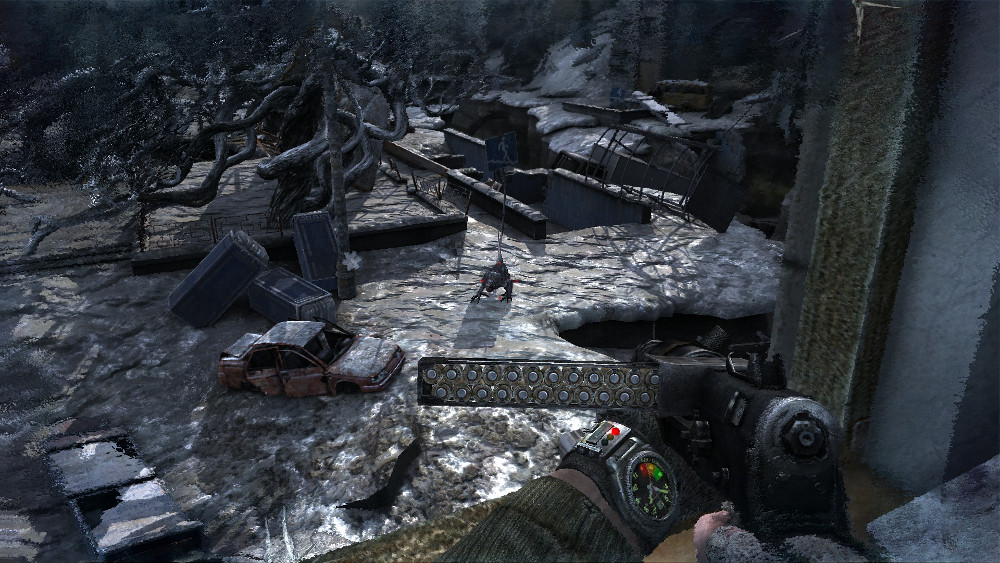 Cheap shots aside, Metro has some truly great elements. The atmosphere is uncompromisingly grim, and there's something fascinating about the stone faced Russian paramilitary types who brave its surface. The game likes to crush you with reality, and this reflects in some mechanics. Having to wear a slightly claustrophobic gas-mask while on the surface, which will become obscured by damage and condensed mist, is a nice touch.

But Metro falls into some traps. It employs gratuitous use of cut-scenes, which is annoying in a first person shooter and makes for a poor experience in any case. This is arguably made worse by the cut-scenes often being smoothly integrated into the game-play; you're never quite sure whether you just did that or whether the game just did that. That's a huge usability issue. The rules change, and the game gives you no real hints where and when it will happen, or if it even did. The end result is occasionally you get yourself killed because you erroneously assumed you were part of another scripted sequence, which is especially unforgivable in a game with save checkpoints. 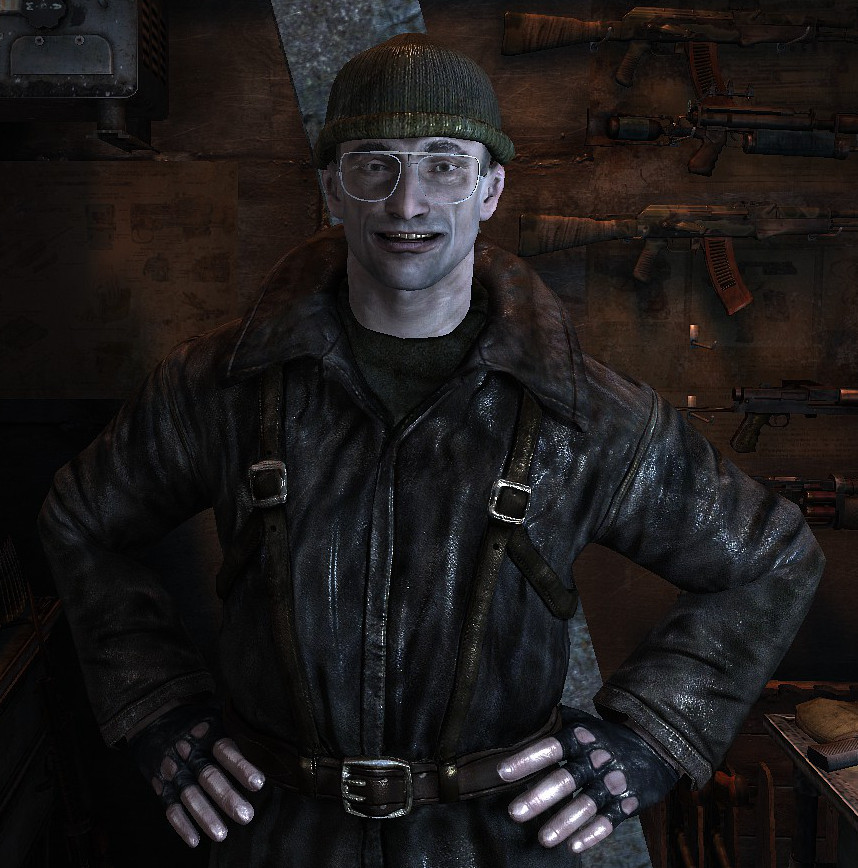 The story seems superficially interesting, but you miss a lot of it because the voices often become inaudiable or muffled for various reasons, and there's no in-game "WHAAAT?" key. Your current tasks get transcribed to a journal of sorts, which is basically a clipboard with some bullet points on it, but good luck making sense of things from that. Especially when your gas mask is misted up. It's fortunate that Metro subscribes to the standard FPS ideology of "go forth and shoot" to arrive at the place you're meant to be, even if you're not quite sure why you want to be there.

And so when stupid things happen, you sort of just accept it. For me, Metro loaded new level with my weapons disabled. There was no explanation, but given my hazy understanding of events up to that point, I readily assumed it was some misguided stealth level, put on my top quality Sam Fisher goggles, my best Garret robe and set to work holding down control. For reasons entirely outside of my understanding, when I approached enemies from behind, they often dropped dead, which I was able to diagnose as being a likely result of the throwing knife lodged in them. That was lucky. Although quite who threw it was a bit of a mystery, because there's certainly nobody else here... Again, a case of the game changing the rules to suit itself with ultimately illogical scripted sequences.

It turns out it isn't a stealth level, and it's crazily hard to complete with no weapons. It's a bug. And it's relatively common. The only way to fix it is to go back to an earlier save. Again, this is especially unforgivable in a game with save checkpoints. This part also reveals some strange AI behaviour, where the human AI seems to favour opening fire then running away, regardless of whether you fight back... also I'm not really sure why you are shooting me anyway?

The most insightful thing I can say about Metro is that although it has a vivid and well made atmosphere with some pretty good game and shooting mechanics, it has enough annoyances that I probably won't re-load an old checkpoint so I can continue the game.

Metro is a near miss with some great ideas and a great setting, but it is nonetheless a miss.