I am largely bored of PlanetSide now. 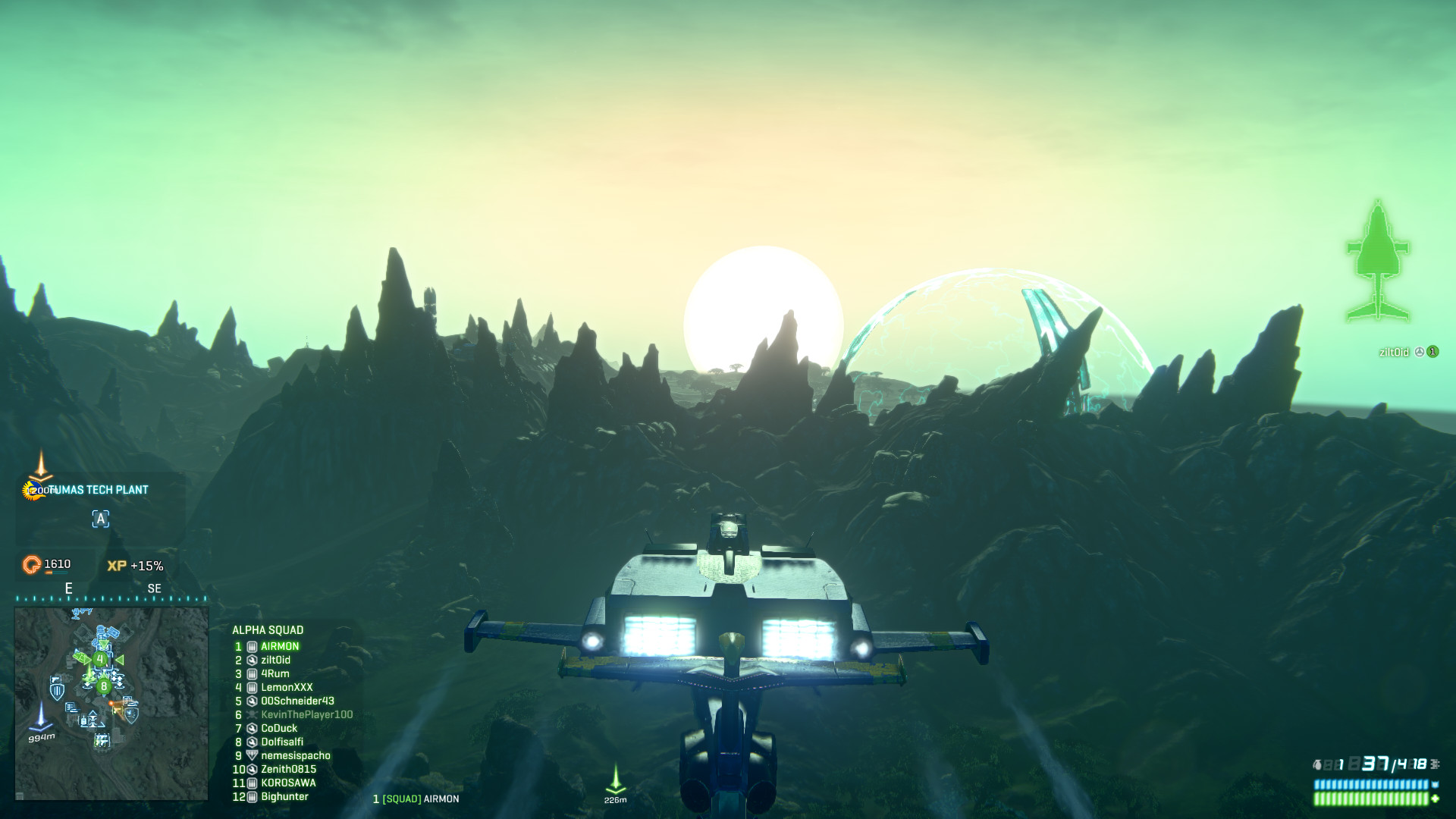 For a supposedly open ended MMO game, it hasn't held me captivated for long.

I think the main problems are:

In reality, SOE have created an XP farming game, where you build up XP at a snail's pace in the hope of being able to unlock something next week which allows you to play with more variety.

everything is about an order of magnitude too expensive

It's unstable in several ways:

And there are incredibly irritating bugs that never get fixed. My favourite is the random mute 'feature'. I regularly find the game has decided to mute members of my outfit, forcing me to manually unmute them. How does this even happen?!

A side effect of this is the number of hackers. It's not amazingly fun to get killed by people who are under the terrain or inside a wall. You'd think the game would be able to tell when someone was under the terrain, but apparently not.

there are plenty of other minor issues...

A lot of the time it's just not very fun. Rolling with an outfit helps for a while, but often you're just one zerg versus another. Other times you're sat at the warpgate for 10 minutes while your outfit tries to get itself together. Or you're running around capping territory that doesn't matter and that nobody's defending, which will be re-capped in 30 minutes when their zerg cottons on, and the only obvious reason to do it is to earn precious certs.

SOE have carefully cultivated this game to make the player continually chase after certs for unlocks. The extensive amount of unlocks and the painfully slow rate at which you can acquire them appears to be their strategy for longevity. But once you get past the fancy light effects and the large scale of the game, there's not really a lot else there other than XP grinding.

It's a shame that so many games now need unlocks and other gimmicks and manipulate the player into attaining them. Back in the old days, people played thousands of hours of Counter-Strike on the strength of CS as a game, not because they were forever chasing experience points.