Certs in Planetside 2 are gained by XP, at a rate of 250XP per cert. A kill earns about 100 XP. Capturing a big facility (e.g. Biolab) nets 1000XP/4 certs, which is kind of pathetic when it can take 5-10 minutes of doing nothing but sitting on a control node. Killing infantry is a good, reliable way to earn certs. Capturing points, sadly, is not. I hope they fix this, but until then, focus on combat. 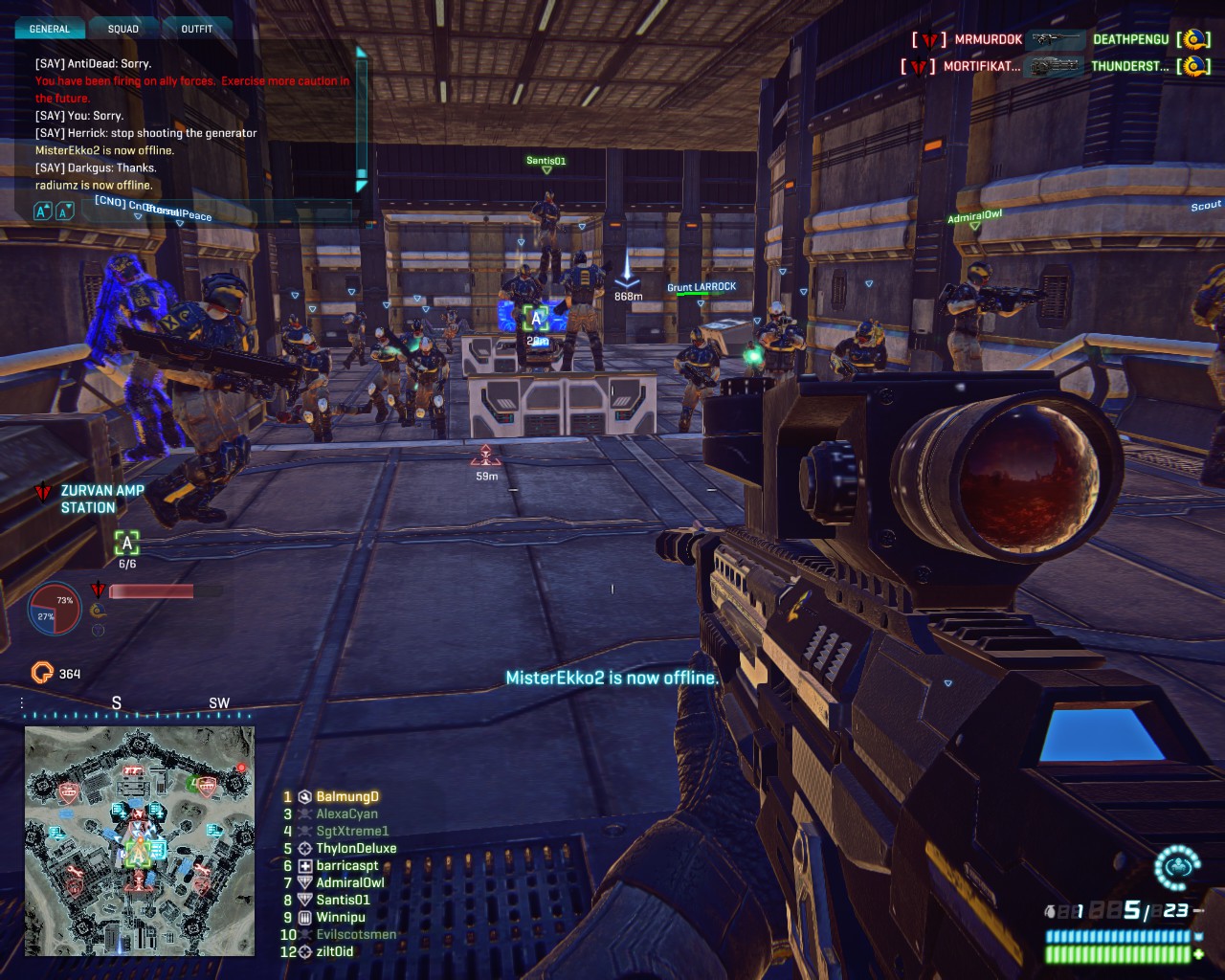 A cert investment is a cert bought to increase the rate you earn XP. These are what you should probably focus on to begin with. It seems the best way is to spread certs out over several classes. This is for two reasons:

Bear in mind that only one cert per slot can be equipped at once, so don't buy two in the same slot expecting to equip them both together. Check the loadout page if you're confused.

Sniper seems pretty good by default. A slightly more powerful scope is nice, but apart from that, there are more profitable ways to spend early level certs.

Light assault is very capable by default. The jetpack is invaluable, so it's worth focussing a few certs on that. By using the jetpack intelligently, you can escape from combat when injured, you can quickly flank your enemy, or you can place yourself on rooftops and rain bullets down on people who never think to look upwards. When positioning between two foes is unequal, nine times of out ten, the one with the better positioning will win. It is a deciding factor. And the jetpack gives you many, many options for positioning, and therefore slaughtering large numbers of foes.

Medic and Engineer are very similar in that they both offer a support role where their main purpose is to heal or repair stuff, which they do via a beam gun/tool. Despite this, they're also very good at killing, so you can still use them as a generalist combat class while offering support as necessary. In both cases, healing and repair earns XP quite quickly when there's a need for it (i.e. lots of suicidal teammates/tanks), so it's worth buying a few levels of their heal/repair tool upgrades. The engineer can haul in certs by putting down ammo boxes near choke-points, and there are a few certs which make the ammo boxes stay for longer. You can also select your turret, press b, and get a second deployable ammo box (who knows why).

Heavy assault isn't a cert machine. It just isn't. At least for my NC character, the primary weapon HA seems to fire bullets made of foam and has huge recoil. Okay, so it has a 100 bullet magazine, but that's no use when you'll miss half of them and the other half seem to bounce off enemies. Maybe the other guns are better, but the primary is rubbish. 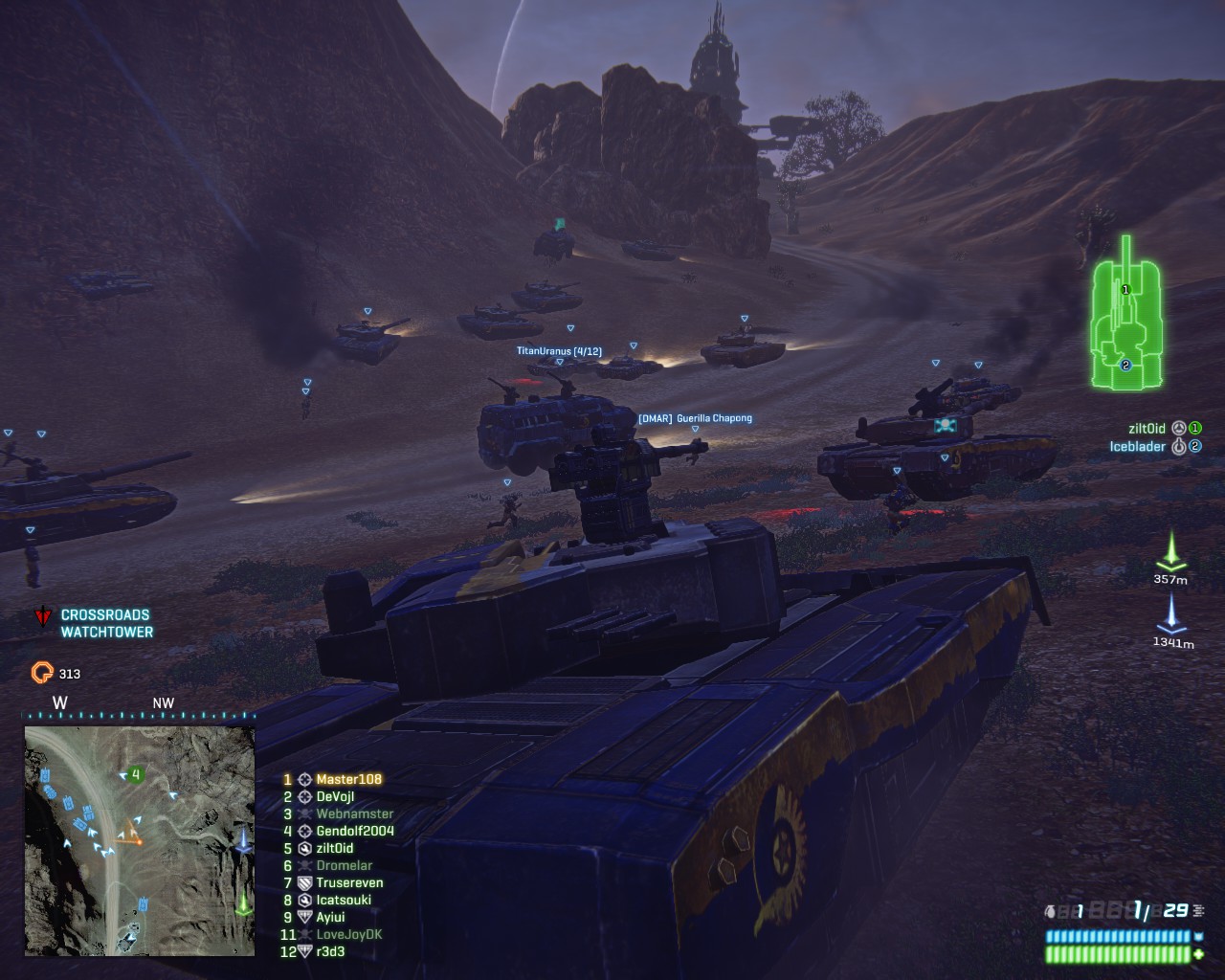 The HA gets a rocket launcher, but few rockets. HA's main purpose is to take down tanks with his rocket launcher, but the launcher does too little damage and carries too few rockets to do so with any reliability. Taking down a tank yields a pitiful amount of XP anyway (100 - same as an infantry kill), especially considering how many infantry you could have killed in the same time. My advice is don't play HA unless you're surrounded by tanks who happen to have their backs to you (they have weak armour from behind). Tanks are generally best left to other tanks.

You can rake in certs with a heavy tank. The heavy tank is a bit underwhelming by default, but it becomes a beast with a few upgrades. It's worth upgrading the performance/speed, because it's bit of a sloth otherwise. The zoom on the cannon is also very useful; if you want to stay alive for prolonged periods you'll want to be engaging at long range if you can (and tank-sniping libs/galaxies is great fun). And your upgraded engineer repair tool is a godsend for emergency repairs. I'd also recommend putting some certs towards making your gunner's life easier. Extra ammo for the both of you is nice, but the downside of living longer is that you'll still spend most of your time trying to stay in range of the nearest ammo tower.

The lightning class tank is a bit less impressive. It's very weak and does not to no damage against armour. It's effective against infantry, but it's also a huge target. Don't put many certs into it to begin with.