I found the base capture mechanics completely impenetrable when I started. Here's an explanation of how to capture facilities.

Facilities (biolabs, tech plants, etc) are controlled by one of the three factions. If the facility's territory borders some of your territory, you can capture it!

You're automatically a part of a base-battle if you're fairly close to it. At this point, the capture HUD pops up on the left of your screen to tell you a few interesting things. 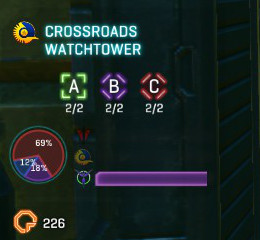 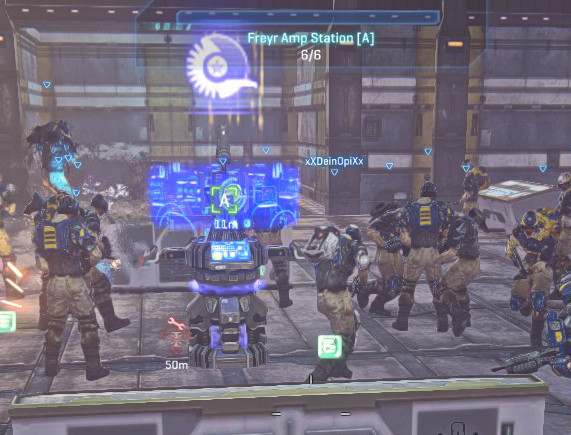 You'll often see during longer fights a lot of your team camped outside the enemy's spawn, and all of a sudden, the spawn will switch sides. The switch is determined by the capture points mentioned above. Capturing is a slow process and battles can last for hours if one team doesn't have the advantage. You should be aiming to be at or around one of the capture points, if you want to be of most use to your team, although obviously, disrupting a Sunderer or bringing in armour/air support can be more effective than digging in at a capture point. The capture points are in the form of node structures ad you have to be relatively close to have an effect on it. A display on your HUD will pop up at the top of the screen when you're close enough.

The decision to have three factions in the game has some amusing consequences. We were struggling to hold the Crossroads Watchtower against the Vanu and their bar was starting to fill up worryingly fast. Then the Terrans turned up and gave us some free time while they reverted the Vanu cap (we still lost though).