I hesitate to call this a proper review as I'm only playing the free weekend on Steam, but nonetheless, here are my impressions. 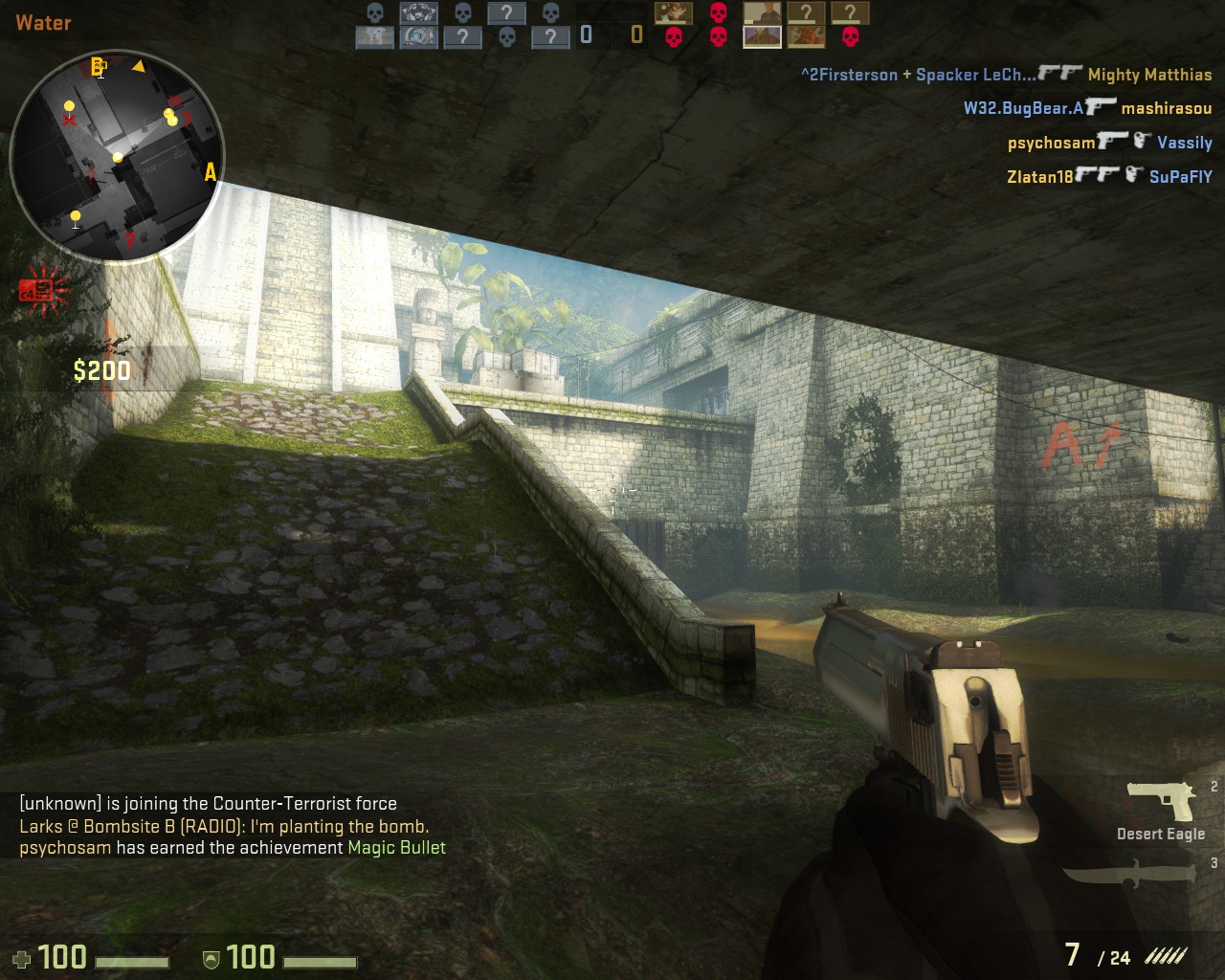 I used to play Counter Strike back when it was beta and it took two hours to download a 16MB patch. From an .exe, because Steam didn't exist. I played it to death. I was pretty much bored of it by the time CS:Source came out; I had long since moved on to Tribes 2 and Day Of Defeat (not the heretical Source incarnation, which is rubbish). I used to play on the server of a clan called -=P@ntz=-. Their website's member list was called "Who's in my P@ntz?". There was a regular clan there called I Can't Believe We're Not Better. I remember (by the time we were getting a bit bored of CS) we once did a DoD 4v4 mini-tournament with all the server regulars. It was glorious. I have fond memories of CS, and many hundreds (thousands, most likely) of play hours.

Although it seems absurd in the age of endless Call of Battlefield sequels, CS was a innovative game that stood alone in its own genre at its release. It has since been copied and cloned into oblivion, but the notion of one-shot headshots, recoil and permanent (per round) death made CS considered unique, realistic and tactical at a time when online first person shooters meant deathmatches with railguns, rocket launchers and bunny hopping. 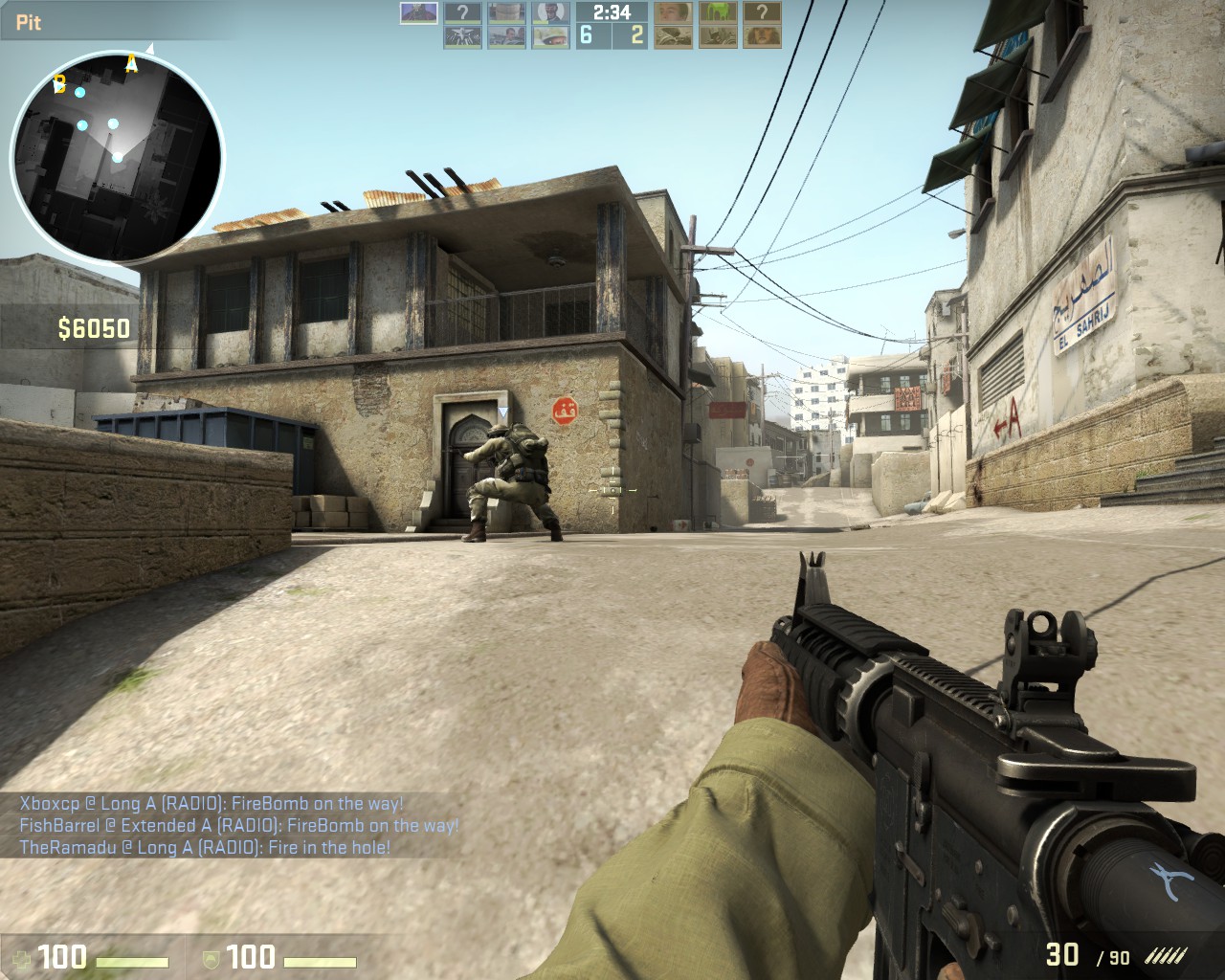 Anyway, cut to the present day: Counter-Strike: Global Offensive is a modern reboot of Counter-Strike and was released back in August. I'm not convinced it's strictly necessary considering that the original CS is still one of the most popular games on Steam and the whole franchise combined is far more popular than TF2. But we have it, so let's work with that. It is a modernisation - it comes with all the simplification you'd expect and dread. There's a quickplay option and the weapons buy-menu has been replaced by a bizarre wheel thing which I can only assume was dreamt up by somebody who has never played a game, or in fact used any form of computer, in their life. You can press F1 to auto-buy, which seems to give you either an AK47/M4 or an SMG if you can't afford an assault rifle. And I think kevlar and helmet has been removed in casual play. It all seems to work, but it's not an improvement. 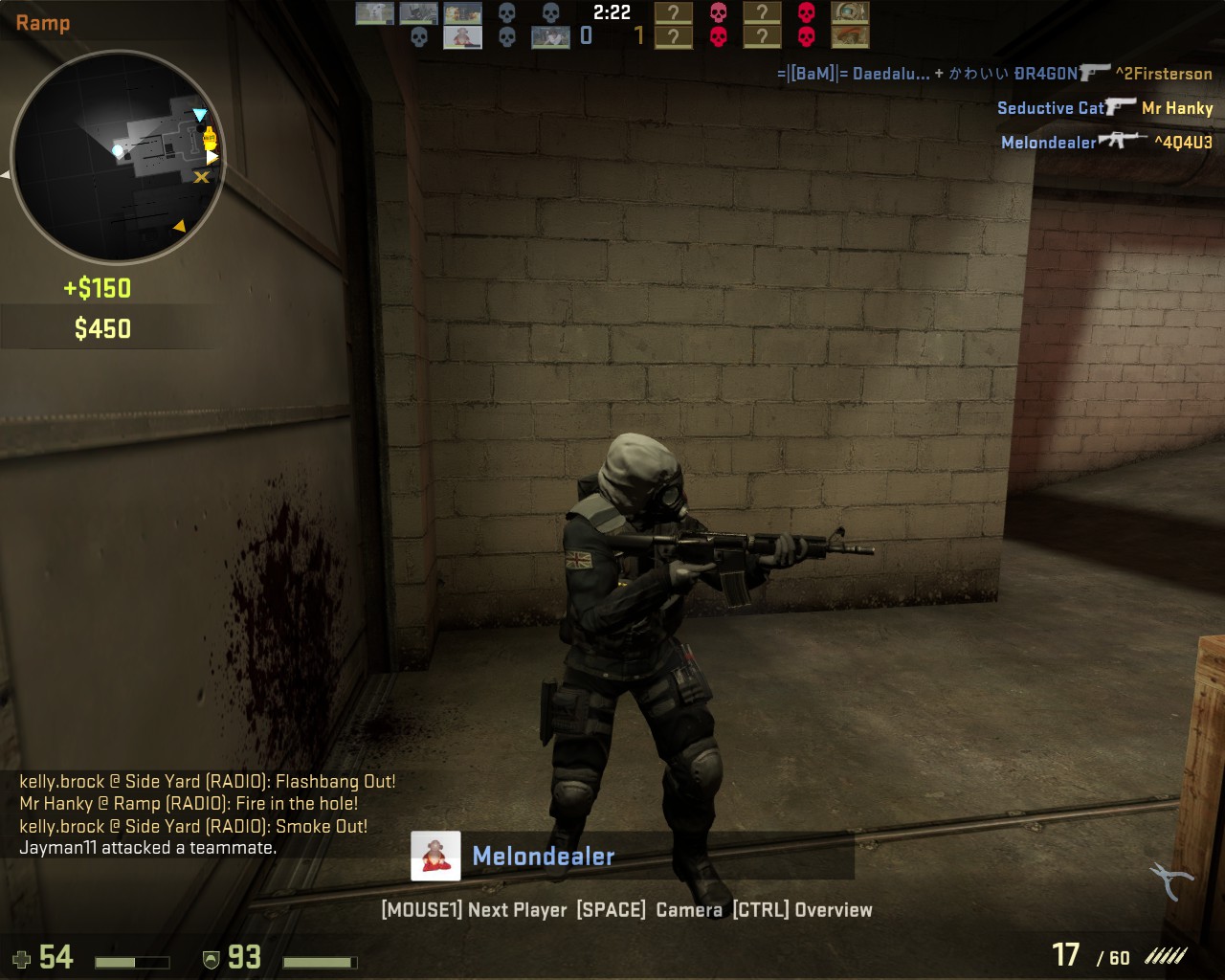 There are lots of new weapons, which are confusing, while some of the classic ones make a reappearance. One of the big things that jumped out at me was how underwhelming the weapon models are; the iconic M4 is now pretty ugly, and a lot of the other models are visually indistinct. There's also music. Which is nice, except when you consider that CS rounds often end with a sneak-em-up where your ability to hear footsteps correlates positively with your life expectancy.

At its core, CS:GO is pretty much a carbon copy of previous games but with a slightly more modern slant. There are new game modes, which seem to be uninteresting additions, and the best part is the 'classic' mode.

It's business as usual, really; the core mechanics are all still there. It's still a game of whichever team successfully rushes to the best camping/ambush location will win by surprising and slaughtering the other team trying to do exactly the same thing. The gun mechanics still work such that crouching and burst fire discipline will have you fare far better than someone running around on full auto. The AWP is still game breaking, sadly. 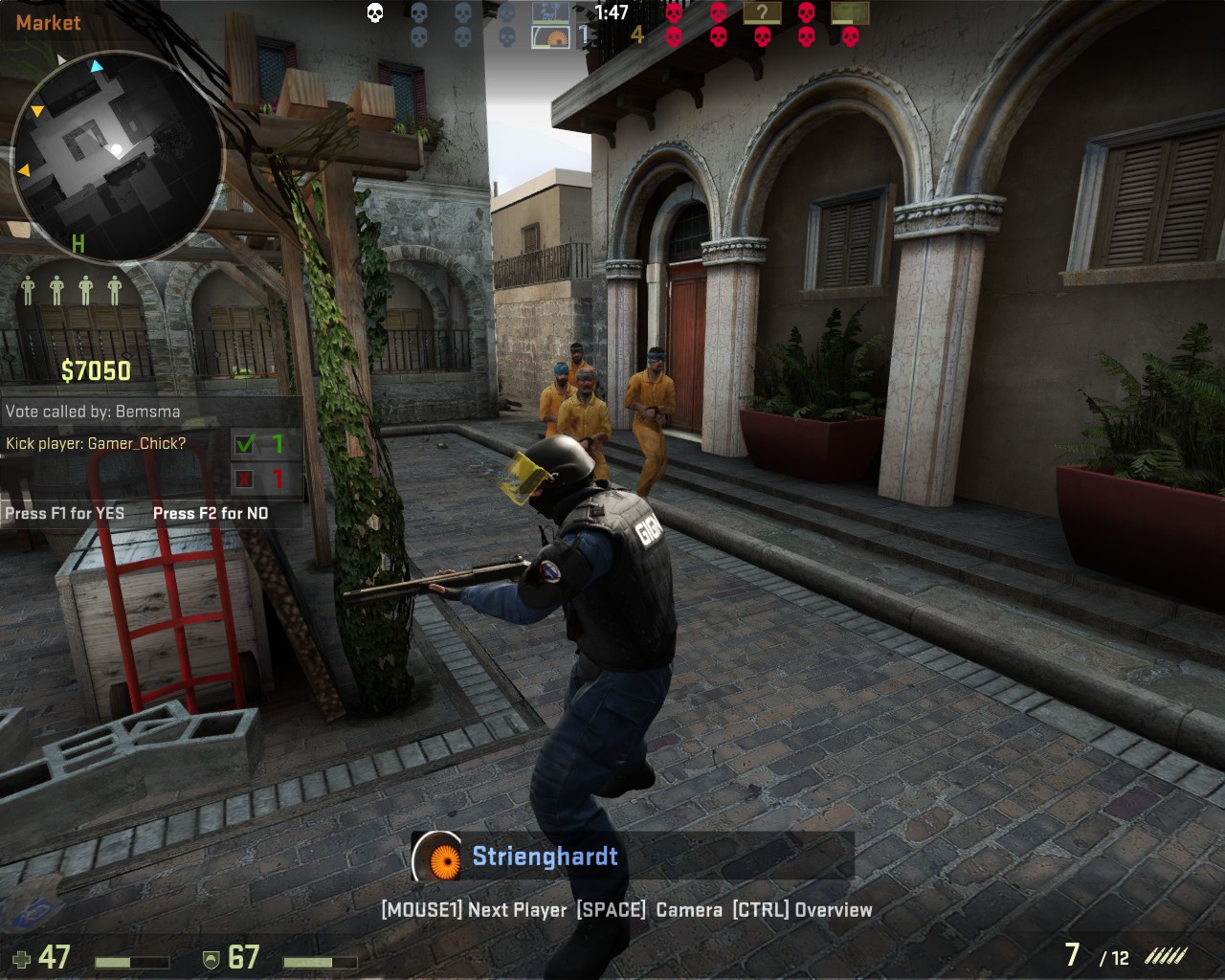 Some of the classic maps we all loved are still here, including Aztec, Dust/Dust2, Inferno and Italy. There's more focus on the bomb maps than the hostage rescue, but that kind of makes sense given how many rounds used to devolve into watching counter terrorists wrestle with the imbeciles getting stuck in doors. Surprise map inclusions are de_nuke and de_vertigo. I don't think they made it into Source (officially).

But despite the negatives and the fact it's not very original, CS:GO's underlying game is pretty fun (we knew that already), and at £11.99 full price on Steam (currently £7.99, on sale this weekend), it's not really claiming to be an AAA title.

Verdict: Fun but nothing new. The fun, however, is honest, open and transparent. There are no Skinner boxes here. What you see is what you get.

Steam. You have to buy it first, though.

Can't believe I came across a -=P@ntz=- and ICWNB mention! it's been a seriously long time since I saw those clan names being batted about - is anyone still active... anywhere?

I used to play as Bob_The_Moose.