The 2012 TF2 halloween event is here and it's better than last year! The map, Ghost Fort, is a converted version of koth_lakeside and the boss is Merasmus whom you might know from the lore. He's the wizard responsible for the demoman's missing eye and he's also the soldier's roommate. He spawns and runs around killing everyone (like the Horseless Headless Horsemann of 2010). 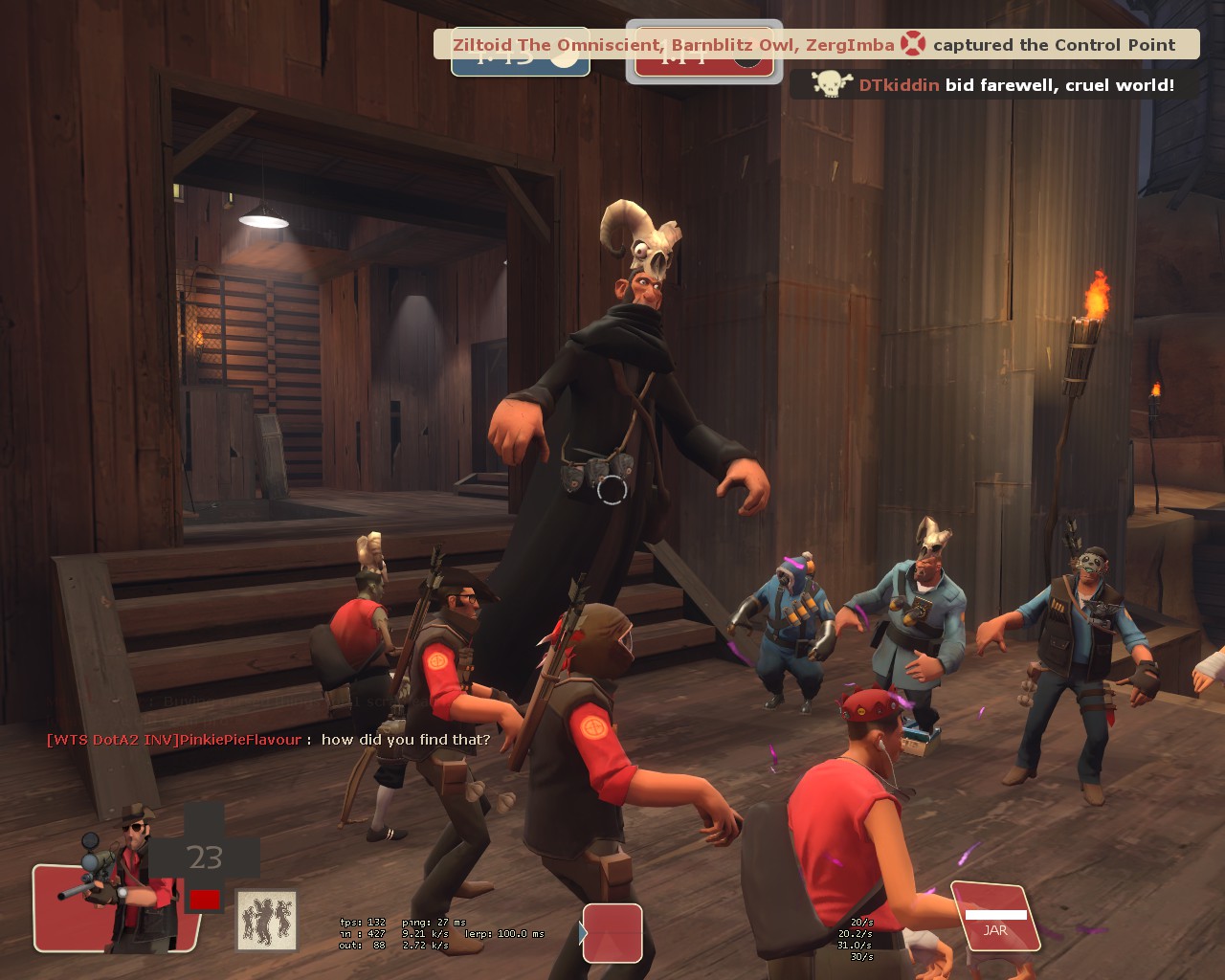 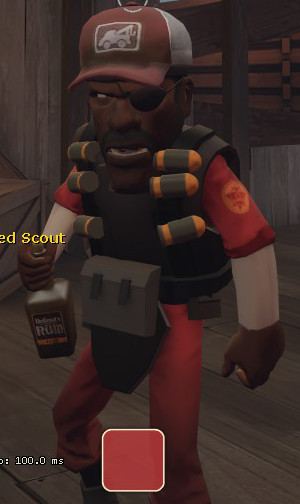 After killing him, a portal opens to Skull Island and if you make it out of there, you get a hat. Huzzah.

So he's kind of a mix of the Horseless Headless Horseman and Monoculous.

There are also a few other nice additions like the random mutator that gets applied when the control point gets switched. Big heads, small heads, low gravity, super jump, etc. It's very Unreal Tournament, but seeing everyone running around with humongous heads is hilarious.

Gifts return too. The gift mechanics have been reworked - a gift will now spawn for a single random player. Nobody else will be able to see or pick it up. This is a huge improvement over previous years, where people would camp/farm them and sell them. The gifts are various items that can be crafted together to make zombie suits, or spells that apply effects to weapons or equipment. For example the exorcist effect makes little ghosts appear when you kill someone.

As for Merasmus, he's a lot tougher than either the Headless Horsemann or Monoculous and against a disorganised server, he'll win 9 times out of, well, 9. He's only around for 1 minute 30 seconds at a time, and he hides for some of that. 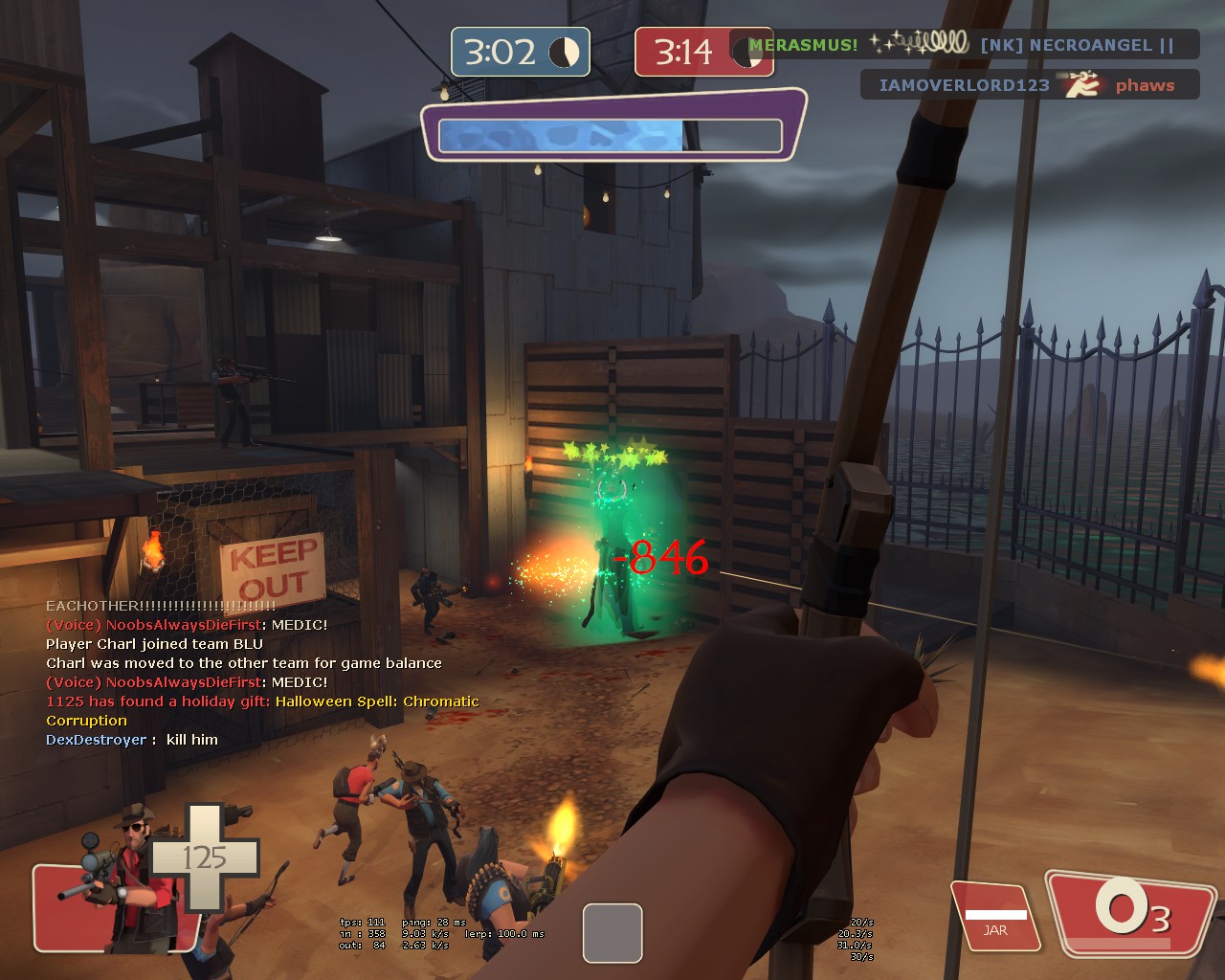 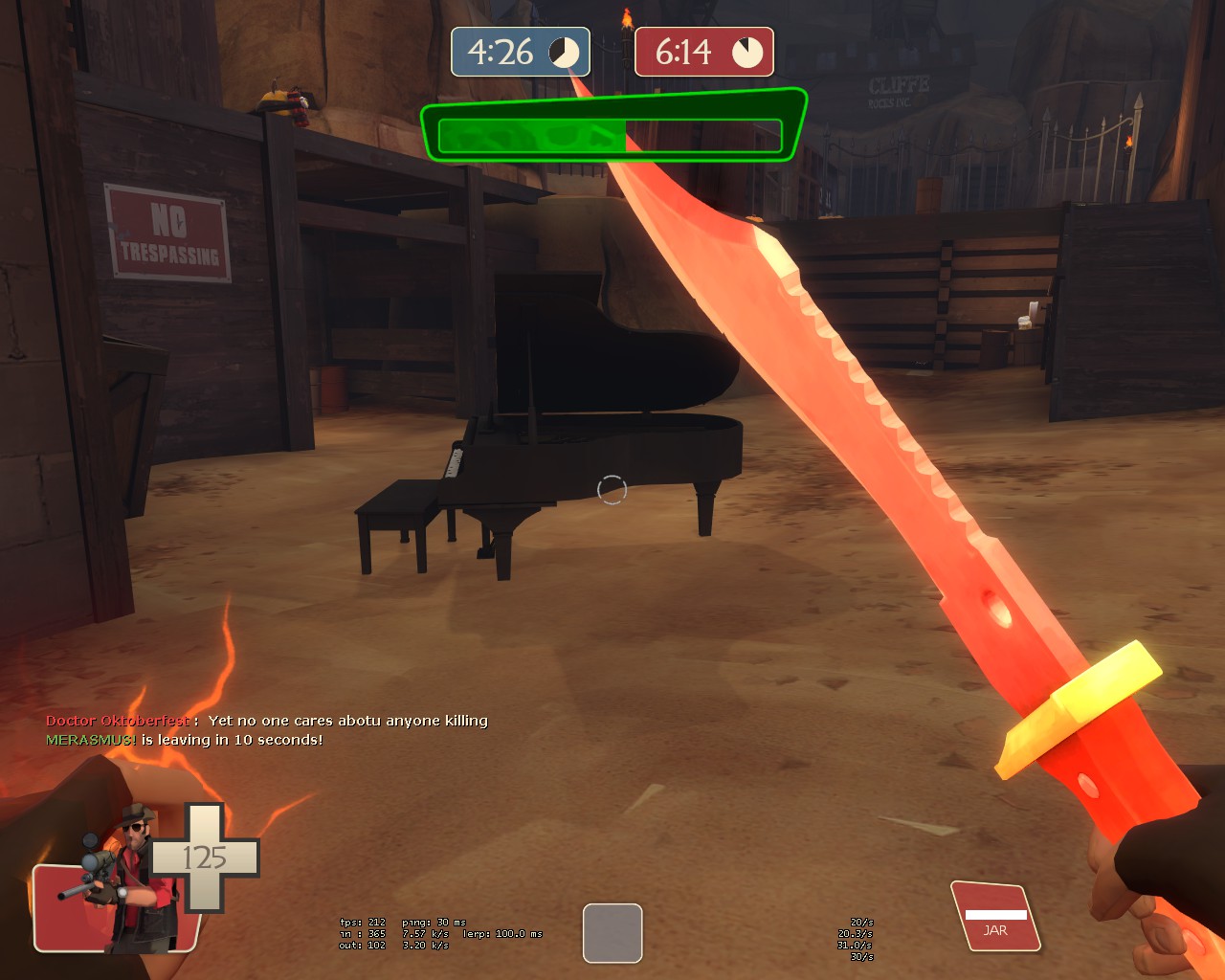 The latter is not negotiable. Merasmus has two states: shielded and unshielded. When he's shielded, your huntsman does about 300 damage against him. When unshielded, you can headshot him for 1080. The brass beast by comparison does about 2 damage per hit when shielded. You don't need a server full of huntsmen, but on a 24 player server, you'll want about 5-6. We had a demoman on our team who claimed he could do a good 10k damage with sticky traps, but I haven't tested that (but I can tell you that my loch and load does a paltry amount of damage). Valve seems to have designed it so that the huntsman is the only weapon (or at least, one of a small subset) that does enough damage to reliably hurt him.

During Merasmus's visit, every once in a while, the bombinomicon will replace your head with a bomb. When this happens, run towards Merasmus. When you get to him, the bomb explodes, you gain an ubercharge, and Merasmus is stunned (and unshielded) for a few seconds.

When you get him down to 50% hit points, he'll hide. Being a magician, that means he turns into an inanimate object. Like a chair or a piano. Or a rock. These spawn across the map. Hit them a few times. When you find the one he's disguised as, he'll spawn back as himself and you can continue.

Merasmus will fight back by hitting you with his staff or throwing bombs at you. Both of these are bad news. He's not quite as terrifying as the Horseless Headless Horsemann because he doesn't seem to move as quickly or roam so unpredictably, but if you get close he will kill you very quickly.

Obviously, as the hat reward is only given if you get to Skull Island, make sure you're going to be alive to get through the portal. The portal opens wherever Merasmus is when he dies, and it only lasts for a few seconds. 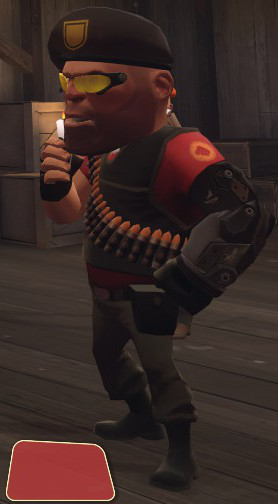 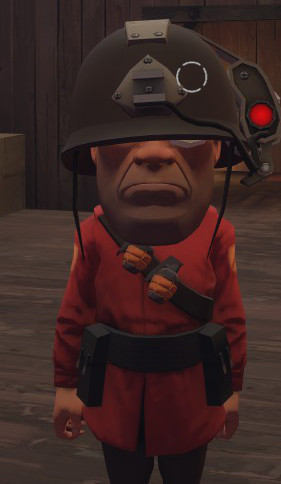 Valve apparently yielded to pressure and re-worked a few things. To try to encourage people to actually kill Merasmus, they made the hat (Skull Island Topper) 'level up' when you defeat Merasmus at a certain level. Merasmus spawns at level 1 and every time he is killed, gains a level. Unfortunately, he goes back to level 1 when he escapes, so levelling your hat past level 2 appears to be pretty much impossible. Killing Merasmus is rare enough, killing him twice in a row? Good luck with that.

If you want to try your luck while the event lasts, Wireplay has a Ghost Fort server which disables player damage while Merasmus is in the game. IP: 94.136.46.57:27025.

Thanks for pointing me to GrimGG's servers, people actually dedicated themselves to killing Merasmus there. :)

Yeah, GrimGG is definitely the best TF2 server I've played on. The Ghost Fort server seems to be working out pretty well with respect to cooperation.