Over the course of their career, Death went from being a good but fairly ordinary death-metal band to being a technical thrashy-death band. Okay, so maybe not a huge change on paper, but they are one of the few bands who underwent an evolution and whose later albums far surpassed their earlier output. Partly this might be because the only stable member, Chuck Schuldiner, seemed to get a bit fed up of death metal and had other aspirations, and partly it might be because he kept altering the line-up to include fresh talent with new perspectives. People who are now well established metal players like Gene Hoglan (Strapping Young Lad), Steve DiGiorgio (Vintersorg, Quo Vadis, others), along with a vast array of lesser known musicians have played in Death at some point. 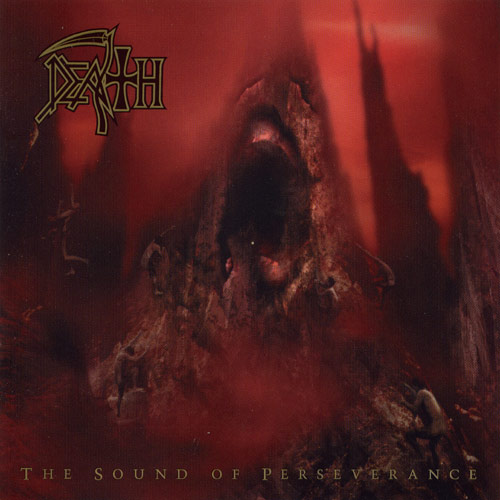 The Sound Of Perseverance was the final Death album and easily the most technical. It was an obvious progression from the previous Symbolic, which significantly moved Death away from straight-out death and into a slightly more progressive and technical area, while not falling into the trap of being overly self indulgent with it. It was generally slower and more thoughtfully arranged than previous excursions. TSOP retains that careful arrangement, but ramps up the tempo and the attack.

The production is crystal clear and unusually for death metal, the instruments quite sparse. The bass is clearly audible under the guitars. The vocals move away from standard death metal grunts into a sort of compromise towards the more melodic sort of singing that Chuck evidently preferred. It's a bit strange, but you get used to it. The guitars are heavily distorted but the tone is tight and cold (solid state amp). The guitars are also melodic, and they often stay above the standard death metal low-e string register. 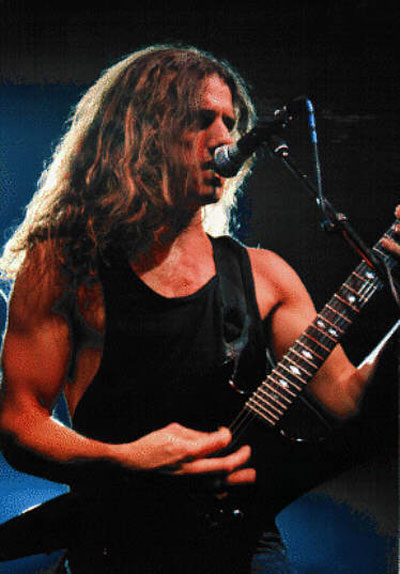 TSOP opens with Scavenger of Human Sorrow, which kind of sets the stage for the rest of the album. It's fast, the intro isn't going to be constrained by details such as time signatures, and it has time changes almost every few seconds. It's kind of like going through a washing machine, but on the other hand, there's a sort of formulaic structure to the songs, spread out across some frighteningly good riffs and vaguely neoclassical leads. Everything's a very stop-start affair, but that's not a bad thing.

It's hard write about TSOP and not draw particular attention to Voice Of The Soul, an acoustic chord (and later arpeggio) pattern rounded off with Pantera style squealing solos over the top; it's a strangely introspective experience, especially in the middle of 7 incredibly aggressive tracks.

The album reaches a sort of climax with the straightforward thrashy aggression of a cover of Judas Priest's Painkiller. Painkiller is an awesome song in any conditions, but TSOP's version makes it sound like it's on steroids.