Ocean Machine: Biomech, by Devin Townsend. A review, of sorts, of one of my absolute favourite albums. Released in 1997, it was the first proper solo album Devin created (ignoring Punky Bruster, which sort of doesn't count), and came after he with Strapping Young Lad released the insanely heavy City album. City is angry, it's heavy, but like most extreme metal, it's very composed. Ocean Machine is a complete departure from that style, and as great as City is, Ocean Machine offers something far more interesting. I'm not going to say that OM:B is the best Devin Townsend album, because that's subjective and I'm not sure I even agree. But I will argue that it's the most open, expressive, and therefore remarkable. 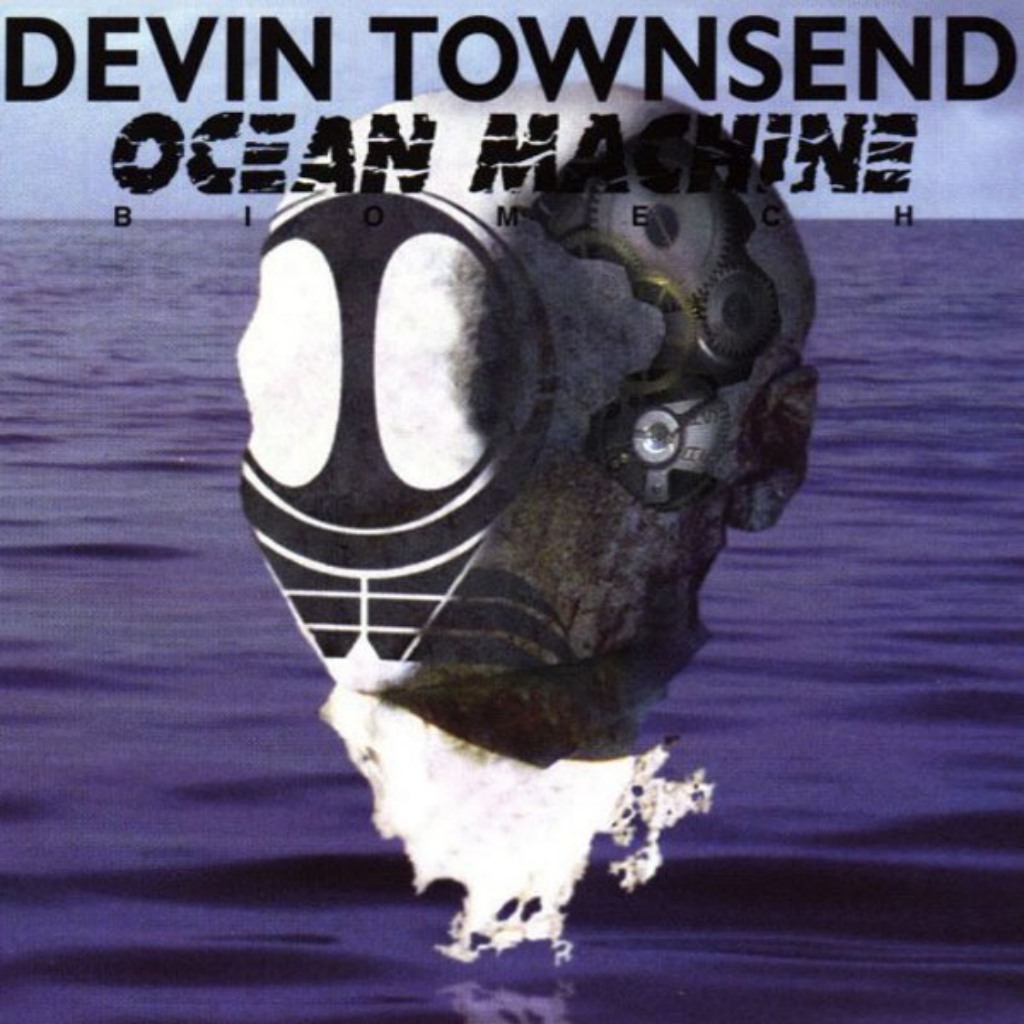 Dev loves to put out long albums and this one flows particularly brilliantly. And as such, I'm going to explore it in order. It's very proggy, but it never goes into long-winded instrumental sections. It's progressive in the sense it moves.

Seventh Wave opens and sets the tone with a hard-rock style driving riff. It's going somewhere, it's relentless, but it's not overly heavy. We move through a number of similarly sounding songs until we get to Sister, where everything slows down into purely the echoes and ambience Dev's famous for.

And that marks the end of the straight-up hard rock section of the album. The next track is softly ambient and echoey, but leads perfectly into the next section.

This is where things get a bit weird. Up until now, we've heard mostly hard-rock (not even metal) songs with what we can now recognise as the trademark Devvy slant, and if the album continued like this, it would be solid but unremarkable. We're seven songs, or 25 minutes, into the album and we hit a very noticeable mood change. Things go strange. And coincidentally, or perhaps by design, this change fits well with your attention span.

Voices In The Fan is still rock, but it's much slower and much more pounding, despite the fact the vocals get softer and more distant; perhaps more unsure. There's a certain amount of incongruence as the album appears to lose its way and just tries to push forward in many directions at once. The music starts to feel much less stable, much less organised, much less focussed. It starts to feel unsettling, it hints at a haunting sense of desperation and hopelessness, while trying to hold it all together. It's rare you hear music that can convey emotion like this. 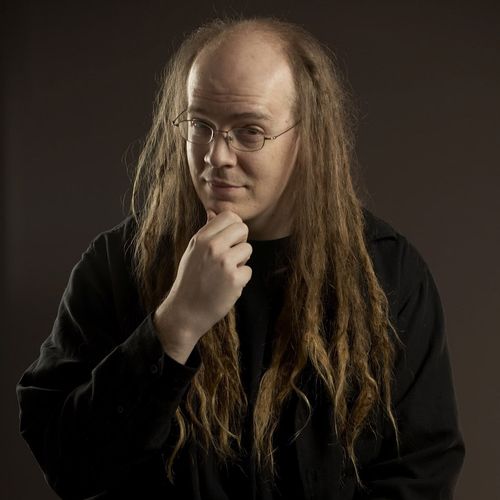 This continues throughout the rest of the album. As we're reaching the final run, 38 minutes in, we hit an 8 minute track then two 10+ minute tracks. These are long tracks, and their lengths provide a certain amount of stability. At this point it seems like the music has reconciled itself into a more united force, but it's dropped the uplifting, positive sounds from the start of the album. It's more content, it's more calm, it's also more determined and more unified, but it's definitely not happy. It's slow, it's relentless, it's crushing, but it's also soft enough to be relaxing and even slightly reassuring in places. The Death Of Music climaxes these three tracks with a huge, wailing vocal wall and fades out into the final track.

Things Beyond Things is a change of style which gradually and gently concludes the album on a soft and calm vibe, a satisfying, but not uplifting, way to dispel the emotional turbulance of the previous 83 minutes and 53 seconds of emotionally expressive musical brilliance. Or at least, you thought that, until the very final seconds when Dev lets out a massive, distorted, frustrated scream.

Overall, it's an epic. It's not a happy album, it's not an uplifting album. It's a satisfying album that takes you through a huge range of emotions, good and bad. Mostly bad. But in between the futility, the depression, and the hopelessness, it's sprinkled with hope and relief, and that, whether it is purely a musical technique or whether it's a consequence of Devin's manic depression, provides a powerful ongoing tension/release exchange throughout the second half of the album.

Hi there. Just wanted to say that I came across your post and really connected with what you were saying about this album. Just great to see a review that is passionate and sincere. Rock on with Devin. Regards, Jennifer.

Thanks! I'm a big Devin fan in general but this album really sticks out to me as being something very special.

Ultimate desert island disc. Didn´t connect with it the first couple of listenings, but after awhile running on repeat, each track began slowly to develope towards the most amazing album i´ve ever heard in my life. Up there with Jeff Buckley(Grace) Radiohead(Ok Computer) Opeth(Ghost Reveries) That i consider some of the best albums in modern rock/metal.